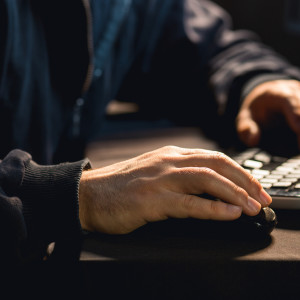 Obama administration officials faced versions of that question over and over again on Thursday — including from incredulous Democrats — during a hearing of the House Committee on Oversight and Government Reform.

“You need to not just have three pilot programs. It needs to be the policy of our government to look at social media and other publicly available information of people seeking entry into the United States,” said California Rep. Ted Lieu, a Democrat.

Several of his fellow Democrats, including Virginia Rep. Gerry Connolly and Massachusetts Rep. Stephen Lynch, noted that it’s already commonplace for workplaces to use social media when evaluating prospective employees.

“If half the employers in America are doing that in the private sector, if colleges are doing it for [admitting] students, why the hell wouldn’t the Department of Homeland Security do it for someone coming from a terrorist country — or a country that sponsors terrorism — into the United States? It would seem to be, I dare say, a no-brainer,” Lynch said.

The congressman also argued that it’s particularly vital since the Islamic State uses social media as a key recruiting tool.

Rodriguez said he didn’t know why the government only began the social media pilot programs last year, but that the efforts had been less valuable to preventing terrorism than one might expect.

That was just one bit of testimony that led the committee’s Democratic ranking member to say he found the whole proceeding “very upsetting.”

“You know, one of the things that I will go to my grave remembering is [Hurricane] Katrina,” said Maryland Rep. Elijah Cummings. “People constantly told everybody that things were going to be all right if we had an emergency. … But when it came time for the rubber to meet the road, we discovered there was no road.”

Exasperated, Cummings asked the Obama officials if they had learned anything from San Bernardino to help foil future attacks.

“I’m trying to get to where we’re going — if we’re going anywhere,” the congressman said.

Rodriguez’s response was that officials are “autopsying the situation now” and “social media is clearly something that we need to be talking about.”

“We’re certainly increasing the scope of our pilots,” he added.

The committee’s hearing came as President Barack Obama sought to reassure Americans about his handling of terrorism heading into the holidays. Speaking Thursday afternoon from the National Counterterrorism Center outside Washington, the president said there isn’t currently “any specific and credible information about an attack on the homeland.”

“We have the very best intelligence, counterterrorism, homeland security and law enforcement professionals in the world,” he said, pledging to continue working with a variety of stakeholders — including “high-tech leaders” — to keep the country safe.