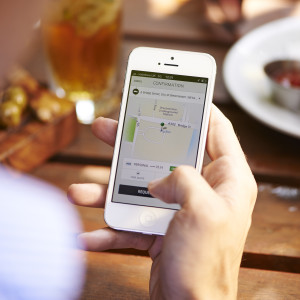 A commissioner with the Federal Trade Commission told a gathering of sharing economy entrepreneurs, tech sector representatives and government officials Tuesday the FTC has no plans for a regulatory “big enforcement push” over the blooming Silicon Valley-based economic sector.

“The workshop will examine competition, consumer protection, and economic issues arising in the sharing economy to promote more informed analysis of its competitive dynamics as well as benefits and risks to consumers,” the FTC said on its website describing Tuesday’s “Sharing Economy” workshop in Washington. “The workshop will consider if, and the extent to which, existing regulatory frameworks can be responsive to sharing economy business models while maintaining appropriate consumer protections.”

Federal Trade Commissioner Maureen Ohlhausen opened the agency’s workshop with an assurance for startups leading the on-demand economic revolution like Uber, Lyft, Airbnb and others that the agency isn’t seeking to punish them for a business model the current regulatory framework wasn’t designed to take into account.

“While it is true that some of those efforts later led to some investigations and even a few enforcement actions, I want to assure you that we did not convene today’s workshop as a prelude to some planned, big enforcement push in this space,” Ohlhausen said.

The app-based services have exploded in popularity in recent years, and in cases like Uber, upset longstanding market incumbents like taxi services and driver unions in cities across the U.S. As a result, many are looking to lawmakers and regulators to step and reign in startups, which often operate within gray areas concerning consumer safety, privacy, licensing and competition.

Those gray areas include workers for the companies themselves like Uber, which hires drivers as independent contractors, making them ineligible for benefit packages offered by traditional driver employers.

“I am going to repeat myself here because I really cannot stress this enough — interest in new developments in the economy by the FTC does not automatically portend a flurry of future enforcement actions,” Ohlhausen said.

“Just as government should not directly decide how future competition should unfold, so too is it inappropriate for existing competitors to exercise control over the firms they compete with,” she added. “The sharing economy, pitting a number of long-established business models against aggressive new entrants, appears a particularly fertile ground for such mischief.”

According to workshop organizers and speakers, which included representatives from Uber, Airbnb and more, the workshop wasn’t designed to find ways to regulate the burgeoning economic sector, but rather a way for the companies themselves to discuss their businesses now, including regulatory and legal concerns, and their plans for the future.

“But let me be clear where I stand — the evolution of markets should be driven by consumer demand, rather than artificial, regulatory preferences for one business model over another,” Ohlhausen said.

“So for all of the various industry participants in the audience, I want you to understand that your relationship with the FTC need not be an adversarial one. In fact, you may find us to be a valuable ally in situations where your private interests and our broader, public mission intersect.”