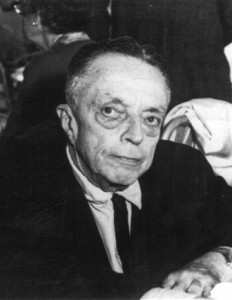 Fungo Ball: Did a Canceled Sportswriter Deserve the Boot?

In February, the Baseball Writers’ Association of America voted overwhelmingly to remove Spink’s name from its annual writers’ award. It acted quickly after the release of a long analysis by senior Sporting News writer Ryan Fagan. He found that the publication editorialized in the 1940s against integrating organized baseball. Besides ascribing those sentiments to Spink, Fagan concluded that Spink “used his publication to sustain negative — and untrue — stereotypes of not just Negro League ballplayers, but also Black Americans in general.”

Although there was enough fire to justify Spink’s removal, media articles before and afterward have tended to be one-sided pile ons.

For example, Fagan, and a run of books, have attributed those editorials only to Spink. By contrast, in a Spink essay in “American Sportswriters and Writers on Sport,” a 2001 book, 1986-to-2008 Sporting News archivist Steven P. Gietschier stated that its editorials, in the 1930s, were usually written by editor Edgar G. Brands. Gietschier did not touch on who generally wrote them during Brands’s fuller tenure, 1931 to 1954. I can add that I found Brands twice printing the “N-word,” in columns under his byline in 1931 and 1937. By contrast, the worst slur I found Spink using was in 1933, when he wrote, “Darkey taxis whizzing in every direction,” referring to Washington, D.C.

A consensus roast of Spink, in USA Today and the San Francisco Chronicle last summer and by Fagan, stems from a 2010 book. “In Celebrating Ourselves: African Americans and the Promise of Baseball,” Daryl Russell Grigsby stated that when baseball finally integrated, “The Sporting News baseball was almost celebratory in its [negative] coverage. The paper touted a headline that boldly read: ‘Browns Negro Players bat only .194 and .178.’ The magazine further noted that the ‘integration cause’ was perhaps rushed.”

But the article had not been celebratory: “It isn’t fair, of course, to judge players on less than a month’s trial,” it began. Longtime St. Louis writer Frederick G. Lieb then added that the averages of Hank Thompson and Willard Brown, respectively, “hardly make it appear that these highly publicized colored boys can do much to help the [St. Louis] Brownies out of their rut.”

The two had been acquired from a Negro Leagues team. The following week, longtime Sporting News New York writer Dan Daniel offered this constructive criticism: “If there is to be any progress in the Negroes-for-the-majors movement it will have to start with an influx of young Negro players into the minors.” That said, Daniel at times wrote some racially dubious prose.  But Daniel, who was Jewish, would assert the following in a 1973 book of reminiscences of Spink: “He was farther away from bigotry than any other man of my experience.”

Fagan correctly stressed that negative stereotypes about Blacks tended to appear in the then-weekly in the pre-Robinson era. I can add that I generally found its pages respectful of particular Blacks.

Also, after a very negative integration editorial in 1942, its next notable one, in 1945, was a big improvement. It came just after the Brooklyn Dodgers signed Robinson to their top farm club in Montreal. Under “Montreal Puts Negro Player on Spot,” it concluded Robinson could “take it” on three of its four concerns. Jules Tygiel, in his 1983 book “Baseball’s Great Experiment,” did call out a line that “decried the [positive] uproar [about the signing] as ‘out of proportion to the actual vitality of the story.’” And yet, Tygiel added, the Sporting News that week “devoted almost four full pages to the development, presenting reactions from major sportswriters, different sections of the country, the black press, other players, and baseball executives.”

It is fair to conclude that the Sporting News, racially, had a poor record into the mid-1940s. However, after that, its racial record may have been a net positive — for having devoted so many column inches related to race. For example, in 1948, after Spink inartfully panned, twice in two months, the Indians for signing an elderly Satchel Paige straight from the Negro Leagues, it printed, in consecutive weeks, entertaining full-page features titled, “Life in the Majors with Satchel Paige.” And Spink, a month later, himself did a long feature on Effa Manley, a Black top executive of a Negro League team. Highlighted was her praise of team alumnus Larry Doby, also of the then-pennant-winning Indians.

So with the advent of Robinson, the Sporting News under Spink, racially, became more like a vaudeville show, not a minstrel one.

Howard W. Rosenberg is the author of the 2018 book “Ty Cobb Unleashed: The Definitive Counter-Biography of the Chastened Racist.” He is also the author of a four-book series on 19th-century baseball.