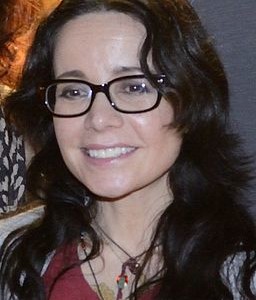 Garofalo Slams Media Elite: ‘Why Are You Looking at the Drudge Report?’

Janeane Garofalo has had it with all these political reporters who read the Drudge Report.

“You recognize some on their computers, and I also check to see what they’re doing, and unfortunately a lot of them are checking in with the Drudge Report,” she said. “Why are you, as a person who’s supposed to be working in the political media or journalism — and I used that word very loosely — why are you looking at the Drudge Report?”

No one on Seder’s show mentioned that the conservative-leaning site drives national conservation about politics online, but a member of the podcast staff did suggest that progressives read Drudge “to know what you’re up against.”

“One would hope that’s the case,” Garofalo said, “but also you needn’t go to that nonsense if you’re speaking the truth.”

For his part, Seder said he rarely reads Drudge, but he does prefer the site to other online destinations for conservatives. For example, he’s down on Breitbart, RedState and World Net Daily, where “the amount of junk that pops up on your screen makes it almost impossible to even read what they’ve got there.”

“The one thing I gotta say in defense of the Drudge Report — and it’s only this — is that he just has links,” Seder said. “That’s it. It’s a very clean and easy sort of aggregator.”

Garofalo’s pre-Thanksgiving program with Seder is something of an annual tradition, where the former co-hosts for the now-defunct Air America Radio network talk about how liberals should deal with conservative relatives over the holidays. Other topics of conservation on Thursday’s show included Garofalo’s views on why “you could say the NRA is a terrorist organization” and how other countries are freer than the United States because they have nude beaches and “uncensored cinema.”

Watch Garofalo on “The Majority Report,” where her discussion of Drudge starts around 27:43:

The Great Western Drought Will Affect Us All Read More

A Dad’s Father’s Day Gift to His Kids: Being Present Read More