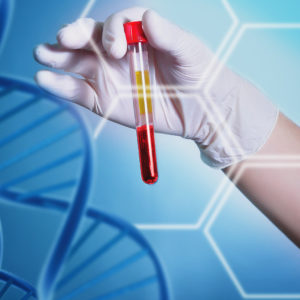 A new investigatory technique being used by police could help crack unsolved cases and bring long-overdue justice to countless victims and their families. However, law enforcement’s growing use of consumer genetic-information testing services in criminal investigations could also present a significant threat to individuals’ liberty and privacy.

On April 25, Sacramento District Attorney Anne Marie Schubert announced Joseph DeAngelo had been taken into custody by Sacramento County Sheriff’s Department agents. Police allege DeAngelo is the “Golden State Killer,” the individual behind a series of burglaries, homicides and rapes that occurred across 10 California counties during the 1970s and 1980s.

The watershed moment in the DeAngelo case, according to lead investigator Paul Holes, as reported by the San Jose Mercury News, was when police found the genetic profile of a distant relative to DeAngelo on a website collecting unprocessed genetic profiling information voluntarily donated by users.

The individual’s DNA profile, originally uploaded to the website in the name of providing datasets for amateur genealogists or genetic researchers, was then matched with traces of DNA collected from items DeAngelo discarded in public.

It remains to be seen whether DeAngelo is indeed the Golden State Killer, but investigators’ false starts along the way to finding a suspect illustrate the risks of employing consumer-grade genetic profiles to help expedite justice. According to Associated Press reports, the government’s search for the Golden State Killer was, at times, indiscriminate.

In 2017, Holes worked with Clackamas County, Oregon, police and a local judge, to compel an elderly man to undergo examination, because a DNA-matching website had fingered him as a match for biological material connected to the Golden State Killer cases.

Other than having the bad luck to share some genetic markers with the suspect, there was no reason for law enforcement agents to consider the elderly man a criminal suspect. Holes’ team ultimately found their error and used a different user-generated genetic database to make another list of possible suspects and related individuals.

Although the unnamed Oregon man whose biodata was mistaken for that of DeAngelo’s was ultimately “allowed” to go on his way by authorities, what would have happened had Holes’ mistake not been realized?

An answer to this counterfactual question might be found in the story of Dontia Patterson, who is finally receiving the justice he deserves. Found guilty of slaying his friend in 2007, it later came to light that prosecutors knew multiple witnesses, present at the scene of the crime, said he did not kill Antwine Jackson in 2007. Despite the wealth of evidence pointing in a different direction, Patterson was found guilty because the prosecution withheld evidence to notch a courtroom victory.

As this story shows, the possibility of misidentification by police investigators and subsequent miscarriages of justice by the government are very real, even when engaging in traditional gumshoe detective work. How much more common will such missteps be when these questionable DNA investigatory techniques become commonplace, and how would one defend himself against an allegation relying on biodata gleaned from samples provided by other people?

These are serious questions that need to be addressed, and the focus must remain fixated on preserving liberty, not doing what’s most expedient for the government.

As John Adams said in the defense of British soldiers on trial for their role in the Boston Massacre, “It is more important that innocence should be protected, than it is, that guilt be punished; for guilt and crimes are so frequent in this world, that all of them cannot be punished.”

This remains as true today as it was in the period leading to our country’s birth. Lawmakers ought to keep this vital standard in place to prevent technology from running roughshod over the integrity of the legal system and the principle of equal justice under the law.