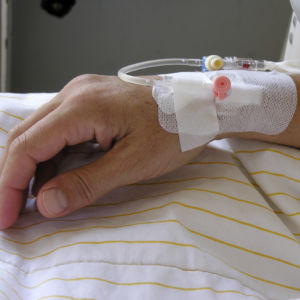 Get Bureaucrats Out of Medical Decisions

The stories are heartbreaking and horrifying. People who are dying and just want to live go before the Food and Drug Administration in hopes that the FDA will listen to them and approve a drug that may give them a chance to live.

But as a former FDA medical officer recently revealed, when the FDA holds a public speaking session where these desperate people come to make their case at advisory committee meetings, “It is all for show. I can recall my FDA supervisors and colleagues checking their emails, doodling, texting, and the like to avoid listening to individuals who would often travel great distances to pour out their hearts to the advisory committee and FDA reviewers, literally begging them to approve a new drug.”

Yet Right to Try legislation, which allows terminally ill patients to access drugs that have only passed the safety tests required by FDA, is now the law in 28 states (and introduced in 15 more). As the former FDA official said, “It makes sense for people who don’t understand the complexities of the drug development process.”

By making sense of course, he was referring to the pleading for the chance to save a life. The real question is: Why is the federal bureaucracy entitled to make a life or death decision about an individual?

Even if your state — or a state you travel to — has a lawful Right to Try law, the odds are against a company giving you a drug that’s still undergoing trials, which average 12 years in length. In the current system, drug companies can only lose by giving patients, particularly dying patients, a drug before it is approved by the FDA.

If the patient dies, even if they were already very sick, the company must report it to the FDA as an “adverse event.” The agency can then suspend the clinical trials for the drug and the company loses, even though the company has already invested a considerable amount of money in testing the product, possibly millions of dollars. If they recover, it is not counted as a success by FDA. Investors may also walk away from the drug, and the company receives no compensation for creating a small batch.

Drug companies don’t keep statistics on the number of people they turn down — so out of the potentially millions of possible applicants — only about 1,200 applications (accepted by companies) are actually sent to the FDA each year. Doctors, who must fill out the FDA Compassionate use form, may not find it worthwhile, even though the FDA has now thoughtfully reduced the work required to fill out the forms.

After a very small study to treat victims of Duchene’s disease, a fatal illness that affects about 9,000 to 12,000 Americans each year, mostly boys, an FDA advisory panel voted it down because it did not meet the “gold standard” of a double-blind clinical trial. Because it affects relatively few people, only 12 boys were treated with 13 in the control group. Of the 12 boys, 10 regained the ability to walk.

Hundreds of patients and family members showed up at the hearing with their doctors, begging for approval. The director of FDA’s division of neurology products informed them, “Anecdote and emotion do not change the data with which we are confronted, no matter the attendance.” It’s odd that the FDA chose to call this “compassionate use.”

And yet, the FDA says in its own guidance that the “FDA recognizes that patients have a unique and valuable perspective on these considerations and believes that drug development and FDA’s review process could benefit from a more systematic and expansive approach to obtaining the patient perspective.”

There is currently a bill introduced in the House of Representatives to make Right to Try a federal law. As long as the FDA is able to stop clinical trials after the death of a “Right to Try” patient, however, it’s unlikely that a federal law is going to make much difference.

The real question bears repeating: Why is any federal bureaucrat allowed to come between a doctor and her patient and prevent a chance at life? It’s time to try another way.