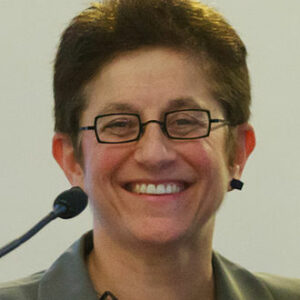 Gigi Sohn – An FCC Voice For Competition And New Entrants

Gigi Sohn will be an important and necessary voice for competition and disruptive new market entrants at the FCC. I know because I am a free market, small government advocate who has worked with, and sometimes against, Gigi for more than 35 years.

As president of the Association of Independent TV Stations, I represented pro-competitive new entrants in TV broadcasting. In those days, the only thing the established network TV stations and the cable systems (at the time local monopolies) could agree on was a mutual desire to snuff out the pesky new independent stations. Seeking allies, I turned to Gigi and she was a tireless partner in helping to keep the independent stations alive – a very good thing for competition and for consumer choice.

Next, I went to work for Rupert Murdoch as President of Network Distribution for the upstart Fox Broadcasting Company and as Rupert’s head American lobbyist. Like the independent stations that became affiliates of the new Fox Network, Fox itself was an upstart, disruptive new force in television.  And the three old networks tried every trick in the marketplace and regulatory books to kill us in the cradle. Again, it was Gigi to whom I turned to help us fight our battles at the FCC. While no fan of Rupert (as he is unlikely to be a fan of Gigi’s), Gigi understood that the establishment of a fourth free-over-the-air television network was a longstanding FCC public interest goal. She was a tireless and effective advocate for Fox Broadcasting Company against entrenched industry forces.

After leaving Fox, I joined The Walt Disney Company – hardly a new market entrant. But when AOL (which at the time was the internet) merged with Time Warner, even powerful Disney found itself facing a potentially anti-competitive gatekeeper. One of our biggest content competitors now controlled a monopoly gateway to millions of American homes. Our well-founded fear was that the merged company would use that monopoly gateway to favor its own content. Again, I turned to Gigi for help. Even though Disney was an industry giant, she understood the threat to competition and was an indispensable ally.

I strongly disagree with Gigi on some issues. We have fought vigorously on many industry panels over more than 35 years. But I never found Gigi to be disagreeable. She is a great human being and an effective advocate for competition and new market entrants – all in the service of consumers.

So, the question is, should Gigi’s appointment to be a Commissioner of the FCC be confirmed. I say – emphatically – yes.

Established market entities deserve a voice in public policy debates – period, full stop. But there is a public interest need for the FCC also to have a strong and effective voice for competition and disruptive new market entrants. That is true whether one is a conservative, a progressive, or a libertarian. Based on my personal experience working with Gigi in multiple regulatory battles, she is that voice.

Preston Padden is a former media executive and principal of Boulder Thinking, LLC. He wrote this for InsideSources.com.