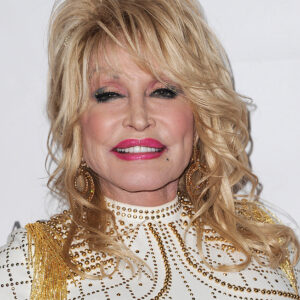 Dolly Parton at the 2019 MusiCares Person Of The Year Honoring Dolly Parton held at the Los Angeles Convention Center in Los Angeles, USA on February 8, 2019.
[IS] Opinions

In the late 20th and early 21st centuries, very few Americans spread joy nationally without offending anyone. A pre-eminent example is the talented singer, entrepreneur, and humanitarian Dolly Parton. She once said her dream was “to make as many people happy as I could in this life.” Could anybody possibly be upset by her? Apparently.

The ad inverts Parton’s 1980 hit song “9 to 5” into “5 to 9”—the hours when entrepreneurs follow their dreams after the dreary office closes and before opening the next morning.

But this was too much for one “freelance journalist and organizer,” Kim Kelly, who called the ad a “tone-deaf misstep.” The original song, she opined at NBC News’ THINK, “made no bones about the exploitative nature of the daily grind,” whereas—to Kelly’s distress—the new song encourages workers “to be your own boss, climb your own ladder.” This, she scolds, is “a perfect storm of gig economy propaganda.”

In the mid-1960s, humorist/songwriter Tom Lehrer described an acquaintance named Henry, of whom he said was such an individualist that he spelled his name “Hen3ry.” (“The ‘3’ was silent,” Lehrer said.) Lehrer continued, “In addition to writing [Hen3ry] indulged in a good deal of philosophizing. Like so many contemporary philosophers he especially enjoyed giving helpful advice to people who were happier than he was.” As does Kelly in her dreary take on Parton’s song.

She accuses Parton of promoting “the false virtues of working overtime,” and calls the gig economy “a wretched alternative to a stable paycheck and proper benefits.” Kelly thunders, “It’s not ‘fun’ or ‘empowering’ to juggle multiple jobs.”

From 1999 to 2017, I juggled multiple jobs, working a full-time day job plus anywhere from one to three simultaneous university teaching gigs. While I always had a pleasant family life, the gigs consumed lots of evenings and weekends (often past midnight), yet those gigs were among the most joyful, entertaining, enriching, character-building times of my working life. They also bolstered my daytime career. I loved them then and love the memories still.

My parents also cherished an industrious, autonomous life. Their families had been entrepreneurs for generations. Both families struggled through the Great Depression, but post-World War II, my parents rolled the dice and opened a children’s clothing store. They worked all day on their feet and came home and worked on the back-office parts of the business. They loved their lives, they loved not working for other people, and their sons were never neglected.

After 23 years, they closed the store and opened a small real estate brokerage. They worked long hours and never became rich. But they were always happy—and proud of their businesses. At age 80, widowed, retired, and bored, Mom filled out the first job application of her life. She then worked as an historical tour guide until she was 91. I’m certain that part-time gig job kept her alive, alert, and active.

In 2016, I wrote an essay, “Gigs, Jobs, and Smart Machines,” celebrating the liberating possibilities offered by the gig economy to those who want it. I described some Uber drivers I had encountered: “an undergraduate hoping to avoid student loans; a medical student with a highly irregular schedule; a software programmer between jobs; three deaf drivers; a young cancer survivor, ready to earn money but unable to work more than four hours at a stretch; a Chicago resident visiting his parents in Washington, with a few spare hours now and then; a foreign diplomat’s husband who spoke little English. All were five-star drivers. None had equivalent options in the Job Economy.”

Gigs aren’t for everyone. But for many, they offer the dreams and possibilities that conventional jobs might not. I for one, appreciate Dolly singing their praises.