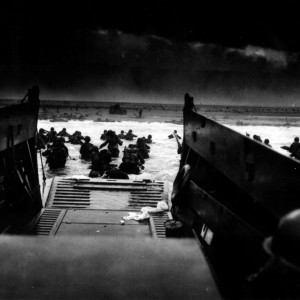 Speaking on his morning radio program, which has an estimated 7 million listeners each week, Beck said of the carnage, “It’s not going to be declared by anybody to be World War III yet. It may take quite some time. But make no mistake: you’re at the beginning of a global war. The refugee crisis, when history is written, will be seen as a Trojan horse invasion by the Islamists in Europe. It will also then be pointed out that it was aided by the United Nations, the European Union and socialists worldwide.”

Beck also told his audience that he had predicted the attacks, including during his time at Fox News, where he would use chalkboards to flesh out theories of coming crises. “What happened on Friday is a final fulfillment of the chalkboard at Fox.” he said. “It is now finished.”

Beck has been in the prediction business for a while. He believes the mainstream media has mocked his theories unjustly, although outlets have compiled lists of his predictions that didn’t come to pass.