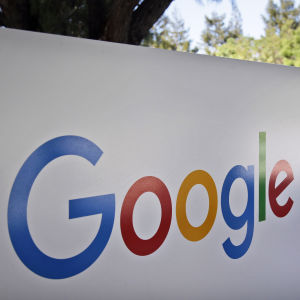 Google is putting its support behind a Federal Communications Commission proposal for access to the TV set-top box market, but doesn’t want to play by potential new privacy rules that could span industry wide.

In comments filed with the agency earlier this month supporting the FCC’s proposal to unlock the set-top box, Google encouraged the commission to move forward with a rulemaking compelling pay-TV providers to offer their services on third-party navigation devices, giving consumers an option outside of leasing the devices monthly from providers themselves.

“There is widespread agreement that consumers should have simple and consistent ways to find and watch lawfully obtained content, whether that content is provided by a pay-TV service or available online,” the company wrote in its filing. “Google supports innovation in solutions for search and discovery of content for consumption on the TV screen, which can open new
opportunities for partnerships and benefit consumers without eroding copyright, data security, or privacy protections.”

At the same time the company pushed back against potential new privacy regulations for new entrants like Google, personally cited by FCC Chairman Tom Wheeler as an example of a new competitor in the market.

Under the Communications Act, Google wouldn’t be subject to the same consumer privacy standards cable and satellite providers must adhere to. In answer, Wheeler said he wants third parties to certify they’ll follow the same rules.

Subjecting traditional pay-TV providers and new entrants alike to new privacy requirements could take a large bite out of the comprehensive data dragnet Google collects and monetizes via its search engine and platforms like YouTube, which have positioned it as the targeted digital advertising behemoth it is today.

“Imposing new privacy rules specifically directed to new generations of devices and applications is unnecessary given the comprehensive scope of the [Federal Trade Commission] Act and state privacy laws, which can be enforced directly against equipment manufacturers and application developers in appropriate cases,” Google wrote.

Instead, the company suggested, the FCC should “work closely with the FTC to ensure that consumers are protected if device providers fail to live up to their privacy obligations.”

The FTC’s case-by-case enforcement regulatory approach differs from the FCC’s traditionally strict guidelines with regard to the data service providers can collect and monetize from consumers.

It isn’t the first time Google has taken a “thee not me” approach to FCC intervention. The web giant supported the agency’s net neutrality rules ahead of the vote to adopt them last year, effectively ensuring equal web traffic treatment by Internet service providers without having to pay ISPs anything additional for potentially taking an outsized bite out of their bandwidth with its popular search engine and YouTube.

At the same time ISPs fought against Title II reclassification, Google encouraged the FCC not to forebear from reclassifying the Internet as a public utility service, admitting it would give the company’s own entrance into the market with Google Fiber the chance to take advantage of existing public utility poles and infrastructure.

An extension of the net neutrality order could soon subject ISPs, who already have an increasingly limited view of consumer data, to stricter consumer privacy rules than they were previously subject to under FTC jurisdiction. The rules would make little difference to Google, with its multiple platforms for acquiring data outside of Google Fiber.

Future of TV Coalition, an industry group counting Comcast, Dish, Time Warner Cable and others among its members, described the FCC’s set-top box proposal as “an assault on consumer privacy.”

“They will strip viewers of vital safeguards for their viewing choices and add ‘what we watch’ to the mountains of data being mined and exploited by privacy scofflaws like Google, alongside their existing files of what we search for on the Internet; what we say in our Gmail at home, work, and school; what happens in our ‘Nest’-connected homes; and where we go using Waze and Google Maps,” the group wrote in a blog post.

In his announcement of the proposal, Wheeler, citing a congressional study, said the cost of set-top boxes has risen 185 percent, while the cost of computers, TVs and mobile phones has dropped 90 percent. According to the survey, the set-top box lease market is worth almost $20 billion and costs the average consumer $231 annually.