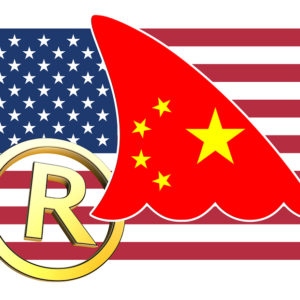 The recent trade war with China started when the United States determined that China’s theft of U.S. companies’ intellectual property was so egregious it merited the U.S. imposing retaliatory tariffs on Chinese imports to compensate for those losses.

We are currently involved in a race for innovation and the Chinese government wants its economy to become a thriving innovative engine that parallels our own. However, the Chinese are trying to build their innovation eco-system not by supporting the kind of hard work (including much trial and error and failure) that underpins innovation, but by taking shortcuts.

They are trying to “steal” their way into the competitive ranks of innovative eco-systems — and the United States must keep them to their legal promises and also out-innovate them.

Recently I was asked for my views on an intellectual property dispute where two parties were negotiating over the licensing of an IP asset, and unfortunately, one of the parties ultimately decided it didn’t like the terms of the proposed license.

Rather than continue the negotiations, or better yet, come up with their own technological fix, they just decided to take the asset at issue, copy it and build a platform in competition with the other negotiating partner.

Before going further, I asked, which Chinese enterprise was responsible for this blatant theft? Huawei? Sinovel? Sinopec? And I thought — this is exactly the behavior that we have been complaining to China about, and the reason the Chinese government was called out for its inability to discipline and punish such clearly unfair and anti-competitive behavior.

However, I was surprised to find this question was about an American company.

It was Google, which had refused the terms of both commercial and open source licenses from Oracle. My next thought was one of relief — for surely U.S. courts would recognize and remedy this infringement, thereby not only compensating Oracle for their losses but also deterring such behavior in the future by Google or others that seek such shortcuts. For this is what our system is set up to do, and exactly what we wish the Chinese courts would do as well.

The Court of Appeals for the Federal Circuit has twice ruled in such a manner, showing that the system the U.S. negotiators keep urging the Chinese government to adopt and take to heart as the way to support innovation works well.

As many know, this case is now before the Supreme Court and I hope that the court upholds the Federal Circuit’s decisions.

Not only because it is the right outcome, but also because the Chinese government, and just as important, Chinese enterprises are watching to see if the highest court in the United States says that it’s OK to take a shortcut by stealing someone else’s creativity and innovation, and build your own competing product via that theft.

Kira Alvarez served as the chief negotiator for intellectual property enforcement at the office of the U.S. Trade Representative. She is now a principal at Vizcaya Trade Strategies. She wrote this for InsideSources.com.