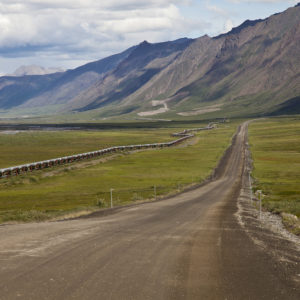 It is the darkest day of the year, but Republicans in Congress are cheering the start of a new day for American business after successfully passing major tax reform. The massive piece of legislation not only cuts taxes for both individuals and corporations, it also has already made dramatic changes to America’s energy landscape by opening up the 1002 Area, a small section of the Arctic National Wildlife Refuge (ANWR), for potential oil development. The decision brought a end to years of lobbying on the part of Alaska lawmakers, and earned the ire of conservationists. However, market conditions mean that development of the area is still an uncertain prospect.

“For decades, Alaskans have fought for the right and opportunity – against an unwilling federal government – to allow Alaska to develop the 1002 Area of the Arctic National Wildlife Refuge so that we can strengthen our communities and build a better life for our children,” said Alaska Senator Dan Sullivan (R) in a statement. “But for decades, we’ve been denied that right. Today that has changed.”

Passage of the tax bill ended a nearly 40-year long fight to open the Arctic National Wildlife Refuge (ANWR) to energy exploration. Protections passed in the 1980s had closed part of Alaska’s coastal plain to energy development. Since then, opening ANWR has been a major point of contention between Republican and Democratic lawmakers, who argued for decades over the appropriate balance between America’s need for stable energy supplies and the desire to preserve the Alaskan wilderness.

“This is a watershed moment for Alaska and all of America,” said Republican Sen. Lisa Murkowski, whose father, Frank Murkowski, also worked to open ANWR during his 20 years in the Senate. “We have fought to open the 1002 Area for a very long time, and now, our day has finally arrived. I thank all who kept this effort alive over the decades, especially Ted Stevens and Frank Murkowski, and all who supported this bill. Alaskans can now look forward to our best opportunity to refill the Trans-Alaska Pipeline System, thousands of jobs that will pay better wages, and potentially $60 billion in royalties for our state alone.”

Opening ANWR was also a point of pride for Trump, who was pleased to have succeeded in opening the area after previous administrations had failed. During a cabinet meeting earlier, he described ANWR as a “big, big deal.”

Although historic, the opening of ANWR to energy exploration does not necessarily mean that development will take place immediately, or even on a significant level. A decade ago, when the Bush administration floated the idea, oil prices were at near record highs and the U.S. was searching for a source of oil that did not require engaging with often-hostile foreign regimes. Since then, the explosive growth of fracking has turned the U.S. into one of the world’s largest oil producers.

The development of shale fields in places like Pennsylvania, Texas, and North Dakota has created a glut of petroleum, pushing prices down and discouraging investment in more expensive production methods. This has already hurt oil fields with higher production costs, including Canadian oil sands, where drillers found themselves unable to turn a profit as prices dropped.

Investment in Alaska has slowed as well. Since Alaska is so far away, shipping oil from fields there to refineries in the Lower 48 is more expensive than obtaining oil from fields further south. Between 2015 and 2016, Alaska’s economy experienced a net loss of 6,500 jobs and $680 million in wages, with much of the decline attributable to decline in the oil and gas industry in the state. In addition, shipments along the Trans-Alaska Pipeline have decreased, leaving the pipeline operating at roughly 25 percent capacity.

During debates late on Tuesday night, Murkowski defended opening ANWR to development, saying that changes made today could help the country to be prepared for price shocks later in the decade.

Incidentally, these uncertain market conditions may end up preserving the untouched state of the refuge. The new tax plan allows for ANWR to be opened to development, with leases coming up for auction next year. Whether oil companies will be interested in bidding on these leases is another matter altogether. Oil companies have cut their exploration budgets in half since the growth of fracking. From a 2014 height of $95 billion, these budgets now stand at $40 billion. The costs and risk associated with drilling in Alaska, where climate, distance, and terrain all make drilling more difficult, mean that it is an unlikely recipient for the limited investment dollars.

According to an estimate by the Congressional Budget Office, leasing the refuge would raise $2.2 billion between 2018 and 2027, with revenues split between the state and federal governments. However, industry observers have questioned these numbers, pointing out that leases would have to sell for seven to thirteen times the return of leases on the nearby North Shore. More recent lease sales have suffered from a lack of industry interest. One earlier this month garnered only $1.2 million in revenues.

At the same time, market conditions today can be poor predictors for the future of oil development in Alaska, where the process of taking a project from initial lease sale and exploration through permitting and drilling can take decades.

More locally, indigenous groups are already promising to work against the decision, which they see as a threat to their ancestral lands and the caribou herd that lives there.

“We refuse to accept this decision and we will continue to defend our sacred lands. Our identity is tied to this land and the beings that roam it, therefore we will stop at nothing until the calving grounds of the Porcupine River caribou herd are fully protected,” said Bernadette Demientieff, executive director of the Gwich’in Steering Committee, a native group formed in 1988 to protect the 1002 Area from drilling.