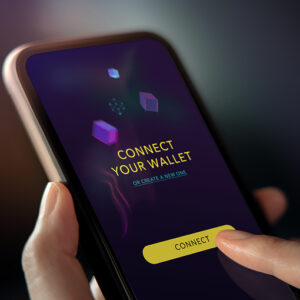 Government Adoption of Digital Identification Cards Is Still Too Slow

Physical wallets are becoming obsolete. For instance, my money clip hasn’t seen much action in the way of cold hard cash for quite some time. And last Sunday when I was hanging out with some friends at a restaurant, I never touched my credit cards as both ordering and paying for the meal were done only through my smartphone.

In fact, I slapped my forehead and returned to my house after forgetting my wallet only because I didn’t want to drive without my license. But why should that be the case? I use a digital wallet for flights, sports events, credit cards, and car insurance. Why can’t I also pull up my driver’s license from the same place?

In some states, you can. Sort of. The “Arizona Mobile ID” application released last year allows residents to digitize their driver’s licenses and state identification (ID) cards via their mobile devices, and Arizona has since become the first state to integrate its mobile driver’s license (mDL) with the Apple Wallet—an iPhone mobile app that allows users to store “passes,” including credit cards, car keys, and event tickets. Other states like Coloradoand Utah have deployed mobile ID apps of their own and are also working with Apple to get their mDLs into the digital wallet.

Unfortunately for Arizonans, only the Transportation Security Administration (TSA) checkpoints at the Phoenix airport currently accept mDLs and digital IDs. Similarly, Colorado has instructed its residents to “continue to carry your physical driver license or state-issued ID card for interactions with law enforcement, state government agencies and businesses who aren’t yet accepting Digital ID, as well as for use at airport TSA checkpoints.” This doesn’t quite scream “obsolescence” for the piece of plastic we all have to carry.

Some states and their residents are hesitant to adopt this technology due to misguided privacy and security concerns. After all, driver’s licenses contain a lot of sensitive information, including a person’s full name and address.

But an advantage of a secure mDL mobile app is that it can compartmentalize personal information based on a given transaction. The ability to walk into a bar and prove that someone is 21 years of age or older, rather than revealing their exact date of birth, offers consumers more privacy.

People also expressed similar security concerns regarding services like Apple or Google Pay that allow users to make in-app or online purchases on their mobile devices, but there’s evidence that smartphone pay services are more secure than physical credit cards.

Of course, nothing is ever perfectly secure—your wallet can also be stolen by pickpockets—but the Apple Wallet comes with built-in security measures, including the use of biometrics and encrypted communication with the state to confirm an individual’s identity.

At the end of the day, 85 percent of Americans own smartphones, and many government services and interactions already take place through one’s mobile device. While it’s important for government services to be equitable and accessible—states should still provide physical DLs and IDs as needed—it’s time state agencies and federal legislators fully embrace mDLs.

Once a state decides to implement a digital ID program, the rollout should advertise and communicate how mDLs work and how they offer convenience and more integrated experiences with government. States should also be transparent about security, including both risks and the benefits of added privacy for certain interactions with a digital ID.

Furthermore, Congress should support legislation that encourages mDL adoption, as well as establish funding channels or grants—as the Treasury is considering—for states to upgrade the infrastructure required to build out the digital ID ecosystem for residents, consumers, businesses, police, and other government agencies participating in these transactions.

Digitizing identity in a secure manner is part of an overall evolution in digital government where residents can access services and interact with government more efficiently. Whether this is applying for public benefits through your smartphone—and no longer needing to enter your social security number—or if you’re pulled over for speeding on the interstate and forgot to grab your wallet when you left home.

Eric Egan is a Policy Fellow for e-Government at the Information Technology and Innovation Foundation. He wrote this for InsideSources.com.