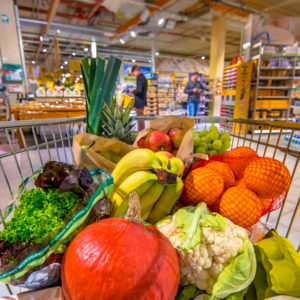 For those who favor a smaller, less intrusive federal government, the Trump administration has floated some really encouraging, well-thought-out policies. The “USDA America’s Harvest Box” is not among them.

Currently, 42 million SNAP beneficiaries get a debit card they can use like cash to purchase unprepared foods. The card can’t be used on non-edible household goods, alcohol, or hot meals. Recipients shop in stores they choose and buy foods they prefer. If family members have dislikes, food allergies or religious proscriptions, they can avoid the problematic foods. Vegetarians can avoid meat. Southerners can buy grits. Philadelphians can buy scrapple. The government determines eligibility, loads the debit cards, and steps away.

Under the Harvest Box plan, 38 million people would lose nearly half their monthly debit card allocation, to be replaced by a big box of food selected, purchased, packaged and delivered by a new federal bureaucracy. Director Mulvaney compared this to Blue Apron, a private company that delivers ingredients for customers to cook at home. But the Harvest Box program would ship close to half a billion boxes a year, in contrast with the far smaller (and financially struggling) Blue Apron.

Secretary of Agriculture Sonny Perdue called the Harvest Box a “bold, innovative approach,” but it’s just a domestic variation on foreign aid food programs that have existed since the end of World War I.

The proposal surprised even high-ranking Capitol Hill figures, so motives and provenance are hazy. Mulvaney claimed the program would save $129 billion over 10 years, but that figure doesn’t include the costs of packaging and distributing nearly 5 billion fairly heavy parcels over that period. That figure also assumes that the same federal government that couldn’t build a website for the Affordable Care Act can stage-manage a logistical task of this magnitude. (Spoiler: It can’t.)

Some imagine the Harvest Box as a way to reduce fraud, abuse and bad food choices among SNAP beneficiaries. No doubt, some use SNAP cards to purchase junk food or luxury items. Some violate the rules by selling SNAP benefits for cash — sometimes for alcohol or drugs. But, most likely, this social engineering scheme won’t deter these behaviors and will cost taxpayers considerably more than they currently spend on SNAP.

The Harvest Box would effectively nationalize a good-size chunk of the food distribution sector, drawing tens of billions of dollars in annual revenue away from private-sector grocery stores.

Unless the sun rises in the west tomorrow, there will be favoritism in the food selections. After the Iowa caucuses and Wisconsin primaries, the corn and cheese content of Harvest Boxes will soar. Given Florida’s pivotal role in American elections, we might also expect a stick of sugar cane in each box. Millennials will demand guacamole.

Ultimately, there will be irresistible pressure to complicate matters further by differentiating boxes for vegetarians, families with nut allergies, those avoiding gluten, and so forth. And if you argue, “If the government pays for your food, the government gets to pick what you eat,” then prepare to hear the same argument applied to, say, health care. And for those OK with the government playing food nanny, remember that America’s costly and debilitating obesity and diabetes epidemics were partially spawned by bad nutritional advice from government experts.

Someone asked me to speculate as to why the administration offered this proposal. For an answer, I quoted the character Vin (Steve McQueen) in the classic film, “The Magnificent Seven.” Vin was a gunslinger hired to defend an impoverished village. After a pivotal battle, he was captured by the bandit Calvera (Eli Wallach), who asked him why he had accepted such a hopeless job. Vin responded, “It’s like a fellow I once knew in El Paso. One day, he just took all his clothes off and jumped in a mess of cactus. I asked him that same question, ‘Why?’” Stunned, Calvera asked why the man had done so. Vin responded, “He said, ‘It seemed to be a good idea at the time.’”