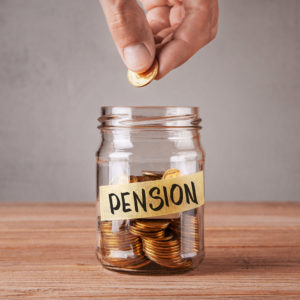 After 11 days, the Chicago teachers’ strike ended November 1. An underlying problem that made it particularly difficult for the teacher’s union and the city to come to an agreement is the very large pension obligation that the city faces. Because it is spending so much on retiree pensions to make up for paying too little in the past, Chicago has less money left to pay the salaries of its current employees, including teachers.

Chicago plans to increase annual pension contributions in each of the next four years and spend $1 billion more in 2023 than this year. Since most of the pension plans funded by city taxpayers are less than 50 percent funded, this should help to pay workers what they’re promised when they retire. Of course, unsustainable pensions aren’t just a Chicago problem. States and cities across America should treat it as a canary in the coal mine.

The many state and local governments with seriously underfunded pensions will have little choice but to reform eventually. The sooner, the better. Each passing year means higher future taxes, lower future spending on government services or reduced future retirement benefits for workers. More specifically, in states that wait an additional five or 10 years before addressing their pensions, younger workers can expect smaller pay increases and will likely receive substantially lower pension benefits than what older workers have been promised.

Couple that with the fact that for many states, the only way to maintain spending on government services without raising taxes is to contribute less to pensions. Several states have already made reforms that penalize newly hired workers at the expense of current employees.

Most school teachers and state government workers have defined-benefit pension plans. The problem with such pension plans is that workers are promised a specified benefit regardless of how much the employer and employee contribute to fund the plan, or how high of a return is earned on the pension fund’s investments. If governments do not contribute enough, or if pension fund investments do not earn a high enough rate of return, then none of the fixes are very appealing.

Offering generous pension promises without funding them has also been a way for governments to attract and retain good workers while limiting current payroll expenses, but it simply kicks the can down the road to future taxpayers.

Increasing taxes may keep pensions sustainable with little or no reduction in benefits in states where pensions are closer to being fully funded, such as Indiana and Nebraska. But this won’t solve the problem in states that have been especially irresponsible in their pension practices.

It may be impossible to increase taxes enough to adequately fund pensions in, say, New Jersey and Illinois because such high taxes would result in many of their highest-earning residents moving away. Even in states where funding seems adequate, reform could help protect taxpayers from uncertainty about future investment returns while reducing the risk that younger workers get less than they are promised when they retire.

In some specific cases, leaders may be faced with an option that few want to resort to: reducing benefits tied to future work by all employees, and not just for workers who are hired in the future. Politics and state constitutional provisions make that difficult, but the financial reality is daunting. By making more realistic promises along these lines, benefit reductions per worker can be smaller, and it may be possible to increase some employee salaries more in the years before retirement.

Pension reform is needed so that younger teachers and government workers do not discover, after it is too late, that their income during retirement is much less than what they were promised.