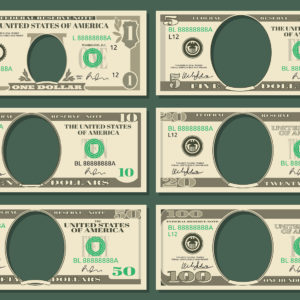 A sampling of U.S. Department of Education discretionary grant files discovered that the federal agency failed in dozens of cases to follow its own oversight procedures, according to a report from the Government Accountability Office, or GAO. The GAO, which issues public studies on internal federal functions, recommended that the Education Department update its written rules for staff and provide more training to ensure that the proper oversight steps are taken in the future.

While more than 85 percent of the grants issued by the Education Department are released through a formula, the agency also awarded about $4 billion in discretionary grants in 2015. The GAO looked at a non-generalizable subset of those discretionary grants and found that the Education Department did not have the proper paperwork on hand in official files in 69 of the 75 cases reviewed. In some instances federal officials had failed to submit grant award notifications, in others they did not include post-award conference records including grantee performance reports.

Sen. Lamar Alexander, R-Tenn., who is the Chairman of the Senate Health Education Labor and Pensions Committee, had requested that the GAO conduct the review in 2015. After the report was released on Thursday, Alexander released the following statement:

“When taxpayers spent $4 billion on competitive grants administered by the Obama Administration’s Education Department in 2015, they expected proper oversight—to ensure the money was spent as intended and the results were measured. Today’s report shows us the department didn’t deliver. I hope Secretary DeVos will use this report as an opportunity to make some serious improvements at the department.”

The most troubling finding in the report is that for $21 million worth of grants, or 12 percent of the pool of grant money the GAO had sampled, the reviewers were not even able to find paperwork describing what the grantees had achieved with the money given to them. In other words while paperwork was missing in nearly all of the awarded discretionary grants, in this subset of cases, the agency appeared to be particularly negligent in failing its oversight responsibilities to taxpayers.

Specifically, the GAO had examined and criticized documentation practices at the Office of Elementary and Secondary Education, the Office of Postsecondary Education, and the Office of Innovation and Improvement, all three of which are branches of the Department of Education. The GAO expressed concern that the failure to file proper documentation was hindering the department’s ability to communicate internally and keep track of which grantees were in good standing across the agency’s bureaucracies.

In a letter included in the GAO report, Education Department officials pushed back on some of the GAO’s findings, while still accepting the substance of the reviewers’ recommendations. The department argued that while employees had failed to officially file the paperwork, the lapses were not a result of lax oversight. Instead, the letter said that the department did have the proper documentation on hand, they had simply neglected to include the paperwork in the EducationDepartment’s new filing system, in some cases.

“We believe that in every case, [the Education Department] had the documentation necessary to make continuation awards, as documents are in place within the program office even when not filed consistently in the official grant file,” reads the letter.

Nevertheless, the department did agree to use the GAO report to improve its internal functions. The agency said that it would add internal written protocols to review grant files, and it said it would provide staff with more training to ensure they stay in compliance.

Thursday’s GAO report is reflective of a larger set of struggles in education across all levels of government. Members of the business community have long complained that navigating the byzantine procurement process through which public K-12 and higher ed purchasing is conducted requires full-time staff. This week’s news, that oversight is being neglected at the highest levels of grant-making in government, is not likely to inculcate confidence in a system that many complain is already rigged in favor of incumbents.