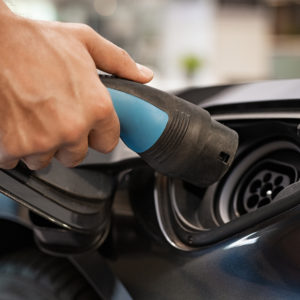 Sometimes, the alternative creates more of the problems it was meant to solve.

Olestra — the fat substitute used in potato chips and other products —  gave people violent abdominal cramping — and worse — instead of calories.

Lithium-ion electric car batteries may prove to be the latest not-so-great alternative. And not just for reasons of cost.

They have been sold to the public as a “clean” technology — but that only applies if you don’t factor in the emissions created during their manufacture.

One of the materials essential to the making of electric car batteries is graphite, a highly conductive material used to make EV electrodes.

Graphite is the “soft” form of carbon (diamonds being the hard form) and it must either mined or made. Both ways result in the thing battery-powered cars are supposed to prevent — carbon-dioxide emissions.

Naturally occurring graphite must be pried from the earth using heavy industrial equipment that isn’t generally powered by “clean” wind farms or solar panels but rather by machinery powered by enormous (and emissions-uncontrolled) diesel-burning internal combustion engines, such as the 20-cylinder, 106 liter/4,000 horsepower powerplant in the Caterpillar 797F dump truck.

It has a 1,000-gallon fuel tank and burns through that at the rate of 30 gallons per hour. If the 797 runs for one eight-hour shift, it burns an astounding 240 gallons of diesel — the equivalent in volume of what one diesel-powered VW Golf TDI would go through in about four months of driving (assuming one 15 gallon tank consumed per week).

And that’s just hauling the raw graphite from the mine to the also-not-wind-farm-powered processing machinery, where it is crushed and roasted to make the processed graphite used in EV batteries.

Which amounts to relocating emissions, not reducing them.

Synthetic graphite is preferred for EV batteries because of its higher purity but it is even more environmentally obnoxious. It is a byproduct of coal tar — or petroleum coke — baked at 2,800 degrees Celsius in electrically fired furnaces that also do not draw the immense power they consume from wind turbines or solar farms but mostly (in China) from coal-fired utility plants.

It’s not generally known, but there is 40 times the amount of graphite in a typical lithium-ion EV battery as there is lithium.

A single Tesla S battery contains about 200 pounds of the stuff.

Which is why it is estimated that the demand for graphite will reach more than 250,000 tons by next year — and 1 million tons by 2030 — almost all of this the result of government mandates that are effectively forcing electric cars to be built in large numbers, even though market demand for them is still very small, as well as very artificial.

EVs constitute only about 1 percent of the number of cars on the road,  and most of those are on the roads only because of generous government subsidies to the buyer (via tax credits and “free” — for the moment — electricity at government “fast” charging stations) that serve as inducements to buy them.

If, as the argument goes, the climate is in crisis because of too much carbon dioxide being produced by internal combustion-powered vehicles, then — to borrow a phrase from Swedish teen environmentalist Greta Thunberg — how dare electric cars be made that use more resources to make which consume more power to run than is absolutely necessary to get from A to B?

Shouldn’t EVs be all about minimizing the carbon footprint?

The ugly answer, of course, is that electric car cultists are Potemkin Village environmentalists. They want to posture, not sacrifice.

And make others — the Chinese, for instance — pay for their virtue signaling.