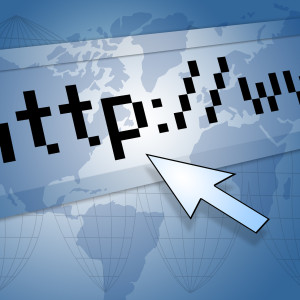 Today marks the two-year anniversary since the United Nations adopted a draft resolution of its Human Rights Council that called for the promotion, protection and enjoyment of human rights on the internet. Like many resolutions of this type, the document is largely aspirational. It details numerous prior U.N. resolutions that called for internet freedom as a human right.

But in the intervening years, internet freedom around the world has steadily eroded. According to “Freedom on the Net 2017,” the latest authoritative report published by Freedom House, nearly half of the 65 countries it assessed experienced declines last year, while just 13 made gains, most of them minor. Less than one-quarter of users reside in countries where the internet is designated Free, meaning there are no major obstacles to access, onerous restrictions on content, or serious violations of user rights in the form of unchecked surveillance or unjust repercussions for legitimate speech.

Viewed with the reality that this resolution has accomplished little, if anything, since its enactment in 2016, it’s timely for the United States, under the leadership of Ambassador Nikki Haley, to initiate a new internet freedom resolution. With the recent U.S. withdrawal from the U.N. Human Rights Council, this initiative will need to be pursued before the General Assembly instead. Given the U.S. global leadership role in internet apps, content and devices, it remains in our national security and economic interest to formulate concrete steps to advance this resolution in a more assertive and practical context.

The current version tries to cover too broad an area without requiring that any country actually do anything that would subject it to U.N. sanctions for violations. The United States instead should advocate for a slimmed-down revision that focuses on mandates that countries would need to adopt within a reasonable time frame as a carrot, with the prospect of formal U.N. condemnation as a stick.

Under such an approach, all countries would need to develop transparent measures that prevent the intentional disruption of access to, or dissemination of, information online in violation of internet human rights law. These measures would need to ensure the protection of online freedom of expression, freedom of association, and privacy. The new resolution should require the adoption of national internet-related public policies that, at their core, are designed to promote universal online access.

In addition to improving the United Nations’ current approach to internet freedom, the United States also should pursue other multilateral and bilateral activities to supplement and complement what can be accomplished at the United Nations. The Department of State and Agency for International Development should address internet freedom concerns in U.S. foreign aid decisions. Our nation’s influential role at the World Bank also provides a potential range of possibilities for U.S. foreign aid influence. For example, the U.S. could provide seed funding to establish an internet freedom trust fund that is administered by the World Bank, with specific investment priorities that reflect internet freedom concerns.

The current World Bank Digital Foundations Project in Malawi illustrates the type of project that would deserve funding with such a trust fund. It is designed to increase access to affordable, high-quality internet services for government, businesses and citizens and to improve the government’s capacity to deliver digital public services. The benefits of digital technology are aimed at reaching all citizens and helping lay the groundwork for growth of the digital economy. This is just the type of environment that can serve as the foundation for internet freedom since it can attain broad political support within a country.

There may be opportunities to influence internet freedom laws and policies within the context of bilateral negotiations (e.g., in international trade agreements), as well. The United States also can coordinate more closely with our tech private sector to leverage its power to influence internet laws and policies within restrictive countries. And our nation is well-positioned to assist countries in developing more effective data protection and privacy regimes that address consumer protection concerns (e.g., preserving anonymity to enhance freedom of expression).

Internet freedom is a bipartisan concern that can be promoted through a robust policy toolkit. It’s finally time for the United States to develop more effective measures to influence its promotion and expansion around the world.