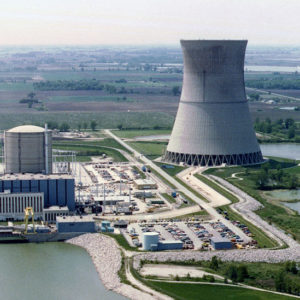 Republican lawmakers in Ohio are under fire over a bill intended to create a clean air program but denounced by energy industry and environmental advocates as a “bailout” for the state’s nuclear energy industry. House Bill (HB) 6, proposed by Reps. Jamie Callender, R-Concord Township, and Shane Wilkin, R-Hillsboro, would establish the Ohio Clean Air Program to incentivize the state’s dynamic energy economy to build and maintain zero and reduced emissions generation facilities to fight climate change.

“The good news for electric customers is that for many, their bills will actually go down,” under this legislation, said Rep. Callender, chair of the state House Public Utilities Committee. HB 6 offers incentives to producers of nuclear and other clean energy such as wind, solar and hydroelectric. These incentives would be funded by consumer surcharges.

The legislation has support from House leadership and appears to be a legislative priority for the majority Republican caucus. House Speaker Larry Householder said in a press release: “We can all agree that we need to improve the quality of our air, water, and ground…This program will steer our state in the right energy and clean air direction for 11.6 million Ohioans.”

According to the proposed legislation and analysis from the Ohio Legislative Service Commission, residential customers will pay $2.50 per month. That surcharge is a decrease from the current $4.39 per month for existing payment mandates. Commercial consumers will pay around $20 per month, and industrial or “very large” energy consumers will pay from $250 per month to $2,500 for consumption above 45 million kilowatt hours per year. These consumer surcharges would generate more than $300 million for the clean air program managed by the Ohio Air Quality Development Authority. In turn, participating producers would receive $9.25 for every megawatt of zero or reduced-carbon energy produced.

Opponents point out that two failing nuclear facilities along the coast of Lake Erie could receive hundreds of millions of incentives under the program. Based on calculations from several media outlets, more than half of all generated revenues would go to the nuclear facilities managed by FirstEnergy Solutions. The company, a former generation subsidiary of the publicly-traded FirstEnergy Corp. based in Akron, Oh., filed for bankruptcy in March of 2018. Soon after, FirstEnergy Solutions announced the closure of the Perry nuclear power plant, near Cleveland, and the Davis–Besse plant, near Toledo. Nuclear interests support the legislation. Washington, D.C.-based Nuclear Energy Institute president and CEO Maria Korsnick called the proposal an important measure to save the failing facilities and protect Ohio’s air quality.

“Without legislative action, Ohio will permanently lose a reliable, resilient and emissions-free source of energy,” she said.

“This bill distorts the market – picking winners and losers instead of allowing all energy resources to compete on cost and performance,” Ray Fakhoury, the principal of AEE, wrote in an email. “This bill is going to raise rates on consumers, without delivering new investments in advanced energy resources – indeed, it will rob Ohio of those new investments to extend the lives of two money-losing power plants.”

The Ohio chapter of the American Petroleum Institute also opposes the bill, characterizing it as “a taxpayer-funded bailout of failing nuclear power plants.” A spokesperson for the group adds: “Ohio lawmakers should be mindful of the long-term consequences of supporting a policy that will subsidize bankrupt corporations and deliberately manipulate the market.”

Environmental groups also oppose the bill, objecting to millions of dollars that could be funneled to nuclear energy. They believe HB 6 does not sufficiently support other renewable generation sources like wind or solar. Neil Waggoner of the Sierra Club’s Beyond Coal Campaign released a statement that the legislation is nothing more than a “new energy tax.”

“It guts Ohio’s clean energy and efficiency standards while forcing electric customers to pay more each month to bail old uneconomic nuclear plants – all while calling it a clean air program,” Waggoner said.

Trish Demeter, the vice president of energy policy for the Ohio Environmental Council Action Fund agreed, calling HB 6 an energy tax and a bailout for FirstEnergy Solutions. “The bailout tax will not create any new jobs, and is just another short-term fix to a long-term problem,” she said.

Despite the aggressive opposition, House Republicans remain adamant on passing HB 6. In a recent response to a House subcommittee hearing on the bill, a lobbyist for FirstEnergy Solutions warned that the nuclear plants closing could have a noticeable impact on consumers’ energy bills in Ohio. Rep. Jon Cross, R-Kenton, a member of the subcommittee in question, responded by apologizing to the firm for their financial state and that “we’re in the business of incentivizing,” alluding to a defense of the bill. Democrats remain opposed, with several citing that they do not believe nuclear energy is a viable, clean energy generation format.

Rep. Kristin Boggs, D-Columbus, for example, questions whether this bill is for all renewables or just one particular type of energy generation. Boggs argues, that “[they’re] taking hostile steps by not supporting renewable energy and the mandates,” according to local coverage. Reporting from The Cleveland Plain Dealer reveals that FirstEnergy Solutions has spent millions in lobbying the state legislature on the so-called bailout of their two nuclear facilities.