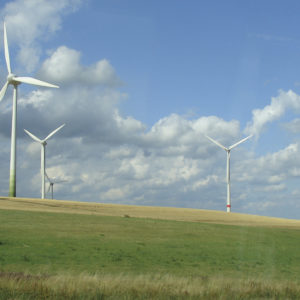 Sunday is Earth Day. While environmentalist groups are planning marches to support renewable energy development, several groups are pushing back by declaring April 17-21 Green Energy Poverty Week. Their goal is to highlight the effects that green energy policies have on low income households. The term green energy poverty is a variation on global energy poverty, a term that refers to areas of the world without access to electricity. Green energy poverty is defined as a household in which 10% or more of the residents’ income is spent on household energy costs (excluding gasoline and other transportation-related costs).

Increased energy prices have a particularly pronounced effect on low income families, for whom energy costs comprise a higher percentage of household income. Energy use is not necessarily proportional to income. In fact, lower income families spend three times more on energy than higher income households.

“Lower-income households fall into something we and others call ‘energy poverty,’ which is typically recognized as when someone spends just under about 10 percent of their income on energy-related expenses,” says DeAndrea Newman Salvador, founder of The Renewable Energy Transition Initiative. “Compared to a middle-to-upper-income household that may spend 5 percent or less, as low as 1 percent, what I found in North Carolina is that a lower-income family can spend greater than 20 percent.”

Although states use a variety of different methods of electricity generation, this trend is consistent across the country.

Analysis of energy consumption survey data and energy price data from the U.S. Department of Energy’s Energy Information Administration found that in Mississippi, households with pre-tax annual incomes of less than $50,000 “spend an estimated average of 18% of their after-tax income on residential and transportation energy.” This represents 59 percent of Mississippi families. For households in the lowest income bracket, those earning less than $30,000 annually, spend nearly a quarter of their after-tax incomes on energy.

In some parts of the country, low income families spend half of their income on energy. This is the case for much of Maine and the Dakotas.

These statistics reflect the reality that low income people often live in less energy-efficient homes, meaning that although their overall energy bills may be less than those of middle-income families, they pay more per square foot.

“Lower incomes, less efficient housing, and limited access to energy efficiency programs can explain the higher energy burdens faced by these groups,” write Ariel Drehobl and Lauren Ross of the American Council for an Energy Efficient Economy. “We found that even though these families paid less overall on energy bills, they paid more per square foot, which indicates the relative inefficiency of their homes.”

According to a 2009 study by the National Bureau of Economic Research, the tax burden of green policies would be three times more expensive for low income households than for middle income ones. This reflects the reality that higher electricity prices raise the prices of many other goods and services. Consumers end up paying for more expensive electricity in the form of higher prices.

Energy prices also affect jobs and economic growth. A study from the Institute on Energy Research found that a 10 to 25 percent increase in energy costs could result in millions of lost jobs, particularly in rural America. The study predicted that “from 2020 to 2040, cumulative job losses in the U.S. [would] range from 18.5 million to 31.3 million and national GDP cumulatively declines by $2.8 trillion to $5.4 trillion.”

On the whole, green energy is more expensive than electricity generated through fossil fuels and legislation mandated increased use of wind and solar only exacerbates green energy poverty.

The high costs of green energy are most evident in areas which used legislation to force expensive green energy on consumers. In Britain, customers saw a 15 percent hike in electricity rates this spring. The utility company, Npower, blamed the increase on green energy mandates and renewables obligations. (Britain has set a goal of getting 15 percent of its electricity from renewable energy by 2020. Despite the costs to consumers and industry, it is not presently on track to meet the goal.) In California, where state law requires increased use of renewable energy sources, electricity rates are 40 percent higher than the national average.

A report from the Manhattan Institute went as far as to call California’s green energy policies “a regressive energy tax,” with proportionately higher costs in counties with lower incomes, but higher summer electricity consumption.

“As the Golden State continues its pursuit of a low-carbon economy, its green-energy policies are driving
rising numbers of Californians into energy poverty,” wrote Jonathan Lesser, an economist with significant experience in regulated utilities. “In 2012, nearly 1 million households spent more than 10 percent of their income on energy bills.”

California has the nation’s highest poverty rate and its energy policies have made life more expensive for millions of its low-income residents.

Liberal groups disagree with the green energy poverty statistics, instead arguing that new technology is making green energy cheaper. However, they acknowledge that energy is more expensive for low income residents.