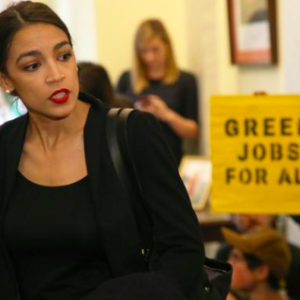 Green New Deal: The Devil Is in the Details

The Green New Deal calls for replacing fossil fuel power production with renewable energy — excluding hydroelectric and nuclear — by 2030. While ideals are fine, the advocates of this agenda should have taken the time to calculate its practicality.

According to the Edison Electric Institute, the United States consumed 4,017,555 gigawatts of energy in 2017. A small percentage of that was from wind and solar.  For the purposes of illustration in calculating the number of solar panels or wind turbines needed to meet the GND goal, the existing renewable output will be ignored.

The American Wind Energy Association calculated that 583,000 wind turbines would be needed assuming 2mw of output and 40 percent efficiency to replace existing power production. Others have estimated that actual efficiency is around 22.5 percent, which would significantly increase the number of turbines to more than 1 million, which is consistent with an estimate in the book “Nothing to Fear.”  For 583,000 turbines, AWEA estimated that the required landmass would be about the size of Rhode Island — 1,045 square miles.

The AWEA estimate of 0.74 acres per MWh is much less than the average acres per MWh of existing wind facilities. Those range from a low of 34 to a high of 198. So, the actual land requirement is certainly going to be much higher.

The land requirement is even larger for solar installations. The National Renewable Energy Lab estimates that 2.8 acres are required for 1 GWh of power. That translates into 17,576 square miles, or about the combined size of Massachusetts, New Jersey and Delaware to generate more than 4 million GWh.

The point of these calculations is that either wind, solar or a combination shows how daunting the challenge would be to acquire the acquisition of so much real estate. Acquiring the land and obtaining needed permits would be very time consuming. That makes the 2030 goal beyond wishful thinking.

The goal is even more unrealistic when cost is taken into account. The price tag for this goal has been estimated to be $15 trillion, or almost four times larger than the 2019 federal budget.

The rhetoric of the Green New Deal may make advocates feel virtuous but proposals that would wreck the economy and fail to deliver are anything but virtuous.

It is telling that, as the January 15 issue of The New Republic points out, “six of the largest, most influential environmental advocacy groups didn’t sign it (the GND letter to Congress): the Sierra Club, the Natural Resources Defense Council, the Environmental Defense Fund, Mom’s Clean Air Force, Environment America, and the Audubon Society.”

Even Al Gore and Tom Steyer’s NextGen America were absent.

Those significant omissions are telling and probably reflect as MIT’s Technology Review points out, “It’s an absurd strategy for rapidly and affordably reaching the low-to-no-carbon energy system required to limit the threat of climate change.”