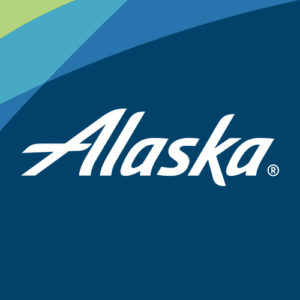 The fifth-largest airline in the country, Alaska Airlines, is hoping a switcheroo in its in-flight service will convince flyers it’s an eco-friendly carrier. Instead, the episode provides a good lesson for consumers to evaluate environmental marketing claims.

The airline recently announced it would be removing all plastic bottles from its in-flight service in exchange for cartons. The airline is hoping to capitalize on the general perception that plastic is bad for the environment in order to look good.

Yet not only is this move going to do little to mitigate the airline’s carbon footprint, but it may also actually make matters worse.

In an interview, an Alaska Airlines spokesman said the decision was based on the assertion that plastic waste can be difficult to manage: “ … though a big percentage of them [water bottles] were recycled, many of them did end up inevitably in the landfills or in the ocean.”

This positioning by Alaska to switch to cartons is a head-scratcher. Cartons are nowhere near as recyclable as typical plastic water bottles. Cartons are made of glued layers of paper, plastic, and aluminum. Roughly 40 percent of the country lives in areas that do not accept cartons in their curbside recycling program given the difficulty of separating the glued components. One study from the Danish Environmental Protection Agency found it is better for the planet to incinerate cartons than to try to recycle them.

And unless Alaska Airlines was dumping bottles out over the Pacific, there’s little to no chance the bottles used on the flight ended up in the ocean.

A recent study estimated the United States is responsible for less than one percent of the mismanaged waste in the ocean and manages almost all of the waste we produce properly. So long as trash ends up in a bin, there’s no chance it will make its way to an ocean.

In contrast, as much as 90 percent of the trash in the ocean can be traced back to 10 rivers in Africa and Asia. These countries don’t have the same level of infrastructure as America.

Whenever we hear about a substitution, it’s always worth asking if the new thing is any better. Recycled plastic bottles have a near-identical carbon footprint to cartons, but cartons are less recyclable than bottles.

Consider another example of Green P.R. substituting for science. Cotton tote bags for grocery shoppers are touted as “plant-based” to imply they are better for the environment than plastic bags. But a recent report from The New York Times revealed cotton totes are hundreds — if not thousands — of times worse for the planet than standard plastic bags.

Companies are realizing plastic can actually be the most eco-friendly option. Wendy’s is designing its own plastic cup because the current coated paper is less recyclable. Snapple ditched its standard glass bottles in favor of plastic because the lightweight plastic saved more in fuel transport and reduced the company’s overall carbon footprint.

The last lesson is that it’s helpful to put things in context. According to The Guardian, a single flight from D.C. to Seattle–an Alaska Airlines route–generates 524 kg of carbon dioxide. That’s the equivalent emissions of thousands of plastic bottles. What container the company uses for water is a drop in the bucket of its CO2 emissions.

Madison Dibble is a research associate for the Center for Accountability in Science. She wrote this for InsideSources.com.