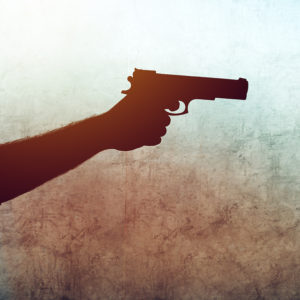 Gun Violence is Preventable — Here’s Where We Should Start

Posted to Politics May 13, 2019 by Halleemah Nash, Melvyn Hayward, The Rev. Nisan Stewart and The Rev. Michael McBride

Studies show that every day, 90 people lose their lives, and 200 more people are injured due to urban gun violence. The Centers for Disease Control and Prevention found that African-Americans are, on average, eight times more likely to be killed by firearms than whites.

Gun violence is the leading cause of death for black males and the second leading cause of death for Latino males, ages 15-34. Additionally, for the survivors, what follows is a lifetime of grief and trauma. As Loyola University criminologist and psychologist Arthur Lurigio says, “We think that the incident is over after their bullet wounds recover, but really, this is just the beginning of their suffering.”

With such astounding incidences of gun violence, one has to wonder why more has not been done to solve what should be considered a public health crisis. Not only are communities losing loved ones to gun violence, but they are experiencing astounding levels of post-traumatic stress as a result of shootings and gun homicides.

Practitioners around the country are implementing these strategies every day, but in most cases, are severely limited by a lack of funding or institutional support.

In an effort to help sustain this work over time, the Black Brown Gun Violence Prevention Consortium (BBGVPC) was recently established, and it works to draw attention to the need for a comprehensive approach to this crisis. With more than 60 affiliated organizations and counting, the consortium includes some of the country’s leading practitioners, technical assistance providers, researchers and advocates who are working to scale up the most promising work in the field.

Included in this broader movement are those of us who feel compelled by our faith to be peacemakers in our communities. The LIVE FREE Campaign — part of Faith In Action, the largest faith-based community organizing network in the country and also a member of the BBGVPC — is recruiting 1000 clergy and their congregations to become active in the fight to end urban gun violence. For clergy and lay leaders who want to get involved, we are providing an initial training with some simple steps they can take over the following 10 hours, 10 days, and 10 weeks. For congregations and clergy who are willing to make longer-term commitments, the door is open to join our large and growing network of Peacemaker congregations. These places of worship are helping to provide hope to traumatized communities nationwide.

The first step to providing hope, however, is to understand that a better future is possible. By perpetuating the narrative that gun violence is inevitable, we tacitly give officials permission to throw up their hands and move on to the “next thing.” Instead, we must challenge local, state and federal leaders to fund proven strategies and to treat the victims of urban gun violence with the same shock, outrage and concern with which we treat the victims of mass shootings in our nation’s suburbs.

Even in the throes of grief, we must believe that violence has an expiration date. Sustained funding and commitment will make this belief a reality. It will require that mayors and city councils educate themselves about successful efforts in other cities and fully fund versions of those efforts at home. It will require that state and federal legislators work across the aisle to support these efforts at scale and understand that preventing violence is much cheaper than locking people up for committing it. It will require people of faith to step up and assume their God-given role as peacemakers.

Most important, preventing gun violence requires all of us to resist the temptation to avert our eyes and pretend that there’s nothing we can do.

Halleemah Nash is an urban youth advocate and impact executive. Melvyn Hayward is co-founder of the V2K H.E.L.P.E.R. Foundation, which provides community-intervention and outreach work in Los Angeles. The Rev. Nisan Stewart is pastor of Greater Emmanuel Temple in Lynwood, California, and is a drummer and music director for a host of Grammy award-winning artists. The Rev. Michael McBride is pastor of The Way Christian Church in Oakland, California; he is the director of urban strategies for Faith in Action and campaign director for LIVE FREE.