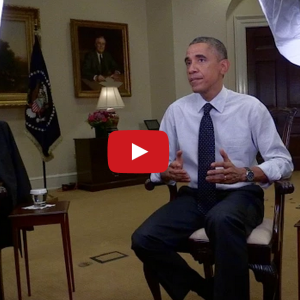 What Happened to Independence and Transparency at the FCC?

The recent interjection by President Obama’s White House in the Net Neutrality debate, resulting in Federal Communications Commission (FCC) Chairman Tom Wheeler writing an op-ed to announce his change of heart, makes me nostalgic for the days when William Kennard was chairman of the FCC. Then the FCC was well known as an advocate for independence and transparency.

In 1999, under Kennard’s leadership, the FCC launched an initiative “to assist developing countries in building independent regulatory regimes.” The agency even released a book, “Connecting the Globe: A Regulator’s Guide to Building a Global Information Community” that clearly explained why it was important for an independent regulatory agency to be free from “direct political pressure.”

“If the regulator is tied closely to the incumbent government, changes in government can introduce an element of uncertainty which heightens investment risk, and can serve potentially to deter future investment.”

“Transparency means that the process of arriving at regulatory policies and specific rulings is open, consistent and predictable… The [FCC] announces proposed decisions in public memoranda, and written records of its proceedings are available to the public.”

Recent research by telecom economist Scott Wallsten found that the FCC’s transparency has declined since its founding but was strong during Kennard’s tenure.

Why are independence and transparency so important? Empirical research consistently finds that higher quality regulatory governance is associated with improvements in sector efficiency, less corruption, more investment, greater quality, and less political interference. This is exactly what we need to be able to have world class broadband.

Independence isn’t only about whether a president can fire commissioners at will, as some have claimed; it is also about having the political courage to maintain credibility and legitimacy. As my colleagues and I explain in the Body of Knowledge on Infrastructure Regulation, a properly functioning regulatory agency operates at arms-length from politics and from industry. It makes decisions in a consistent manner with an open case record, and is held accountable to the public, politicians, and other stakeholders by following clear and transparent processes and providing credible, academic quality analyses.

Recent events show how far the FCC has moved away from independence and transparency. Earlier this month when Wheeler announced in a Wired op-ed and a speech in Colorado that he was embracing the White House’s plan to regulate the Internet using Title II of the Communications Act, the chairman did not share the 332-page proposal with the public, an action that drew criticism from fellow FCC Commissioner Ajit Pai. This delay pattern has become all too common at the FCC. It took the FCC six months in 2003 to release a decision on unbundling networks, and nearly one month to release a 2011 decision on the Universal Service Fund. This latter delay is noteworthy because, between the time of the vote and the release of the decision, the substance changed: what had been a $4.5 billion subsidy ceiling had effectively become a $4.5 billion floor!

It is well known that the White House has played an important role in influencing Wheeler’s policies. A Wall Street Journal piece detailed his rapid transformation from someone preferring to use Section 706 to address net neutrality to an advocate for Title II regulation once the White House released its support for Title II. According to the article, many of the essential meetings involved the President and White House staff, not Mr. Wheeler, and were not at the FCC, but at the White House and in New York. This political interference has triggered strong reactions in Congress, where Senator John Thune and Congressman Fred Upton are developing legislation to put the FCC on more modern footing regarding its policies and procedures.

What should this legislation look like? Some of the practices followed by the FCC’s counterparts at some state public utility commissions (PUCs) appear to be in order. American PUC officials speaking to international regulators at the Public Utility Research Center (which I direct) are often asked how they handle political pressures. The answers are consistent: when a politician calls to influence an upcoming vote, the commissioner explains that by law, he or she is required to make decisions based on the public record. And if the politician would kindly write a letter to the PUC explaining why commissioners should vote a particular way, the PUC will place the letter in the public record, cite it and give it the full consideration that it deserves. After a few such explanations, the phone calls stop. Some PUCs also release written documentation on decisions before they vote. Still others are not allowed to have behind-the-scenes negotiations.

What about the regulatory policy that is being discussed? Thune and Upton are correct that Title II was written for a bygone era. And it seems clear that the success of U.S. broadband markets demonstrates that no regulation is needed beyond what is currently practiced. But if a new regulatory framework is unavoidable, it should allow regulatory intervention only when monopoly power has been demonstrated, and only permit actions that are consistent with competitive markets.

There is much to be said for the performance of broadband and Internet markets in the United States: they have led the world and continue to do so. However, the prospects for the future grow dim if the FCC’s independence continues to decline.