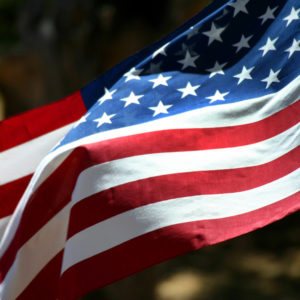 Light the candles, tune the instruments, warm up the vocal cords, a very special day is upon us. It is time to celebrate a birth, a unique birth, and a birth that in many ways has lit human hope, kindled human aspiration and fired up a few revolutions.

As I was born a Brit, I have no idea how I would have greeted the events of 1776. Would I, like Edmund Burke, the great Anglo-Irish orator and member of Parliament, have seen the emerging difference between the rugged, inventive, self-motivated farmers in the American colonies and the then subservient masses in Britain? Or would I, like Lord North, prime minister of Great Britain, and his monarch George III, have regarded the colonists as traitors?

The farmers, these landed gentlemen, were not only creating a new country destined for world leadership, but they also were forming what would come to be the universal middle class, where accomplishment would triumph birth.

Slowly in the United States, the idea grew that people who worked with their hands could belong to the middle class, aspire to having their children go to college and move up; to improve on their parents’ station in life. While this did not reach fruition until the last century, the seeds were sown in the 18th century. It was an American evolution.

When I was a boy in faraway Southern Rhodesia (now Zimbabwe), we worshipped all things American, although we were devotedly British. My father, who worked with his hands, had read that American artisans could enjoy a middle-class life. Awesome. A local publisher, Bernard Woolf, told me that the United States led the world because, for example, you could study ice cream making in college. I do not know where he got that idea, maybe from something he had read about Howard Johnson’s and its 28 flavors of ice cream.

As teenagers we fantasized about owning American products, including cars complete with fins and automatic drive. In fact, when the first automatics — which were American, of course — showed up, the dealership in Salisbury (now Harare) was mobbed by people anxious to see this marvel.

We believed in the virtues of the dwindling British Empire (we were a living, breathing example of it), but also in American know-how, and that there was no human challenge that America could not meet. That was slightly dented when the United States failed (correctly) to back Britain and France in the Suez Crisis of 1956, and again when the Soviet Union launched Sputnik the following year.

None of that really mattered. The United States remained, as Ronald Reagan was to say later, “a city on a hill” for us.

When I moved to Britain itself, I heard the first criticisms of the United States — heard for the first time that it was a harsh, cruel place. That was the socialist line that affected many Labor Party followers. But no one suggested that the United States was anything other than a land of opportunity.

I will bet that if you stood anywhere in the world and said, “I have a bunch of green cards here for the first takers,” you would be sacked like a quarterback on a bad day.

America is still the place to be if you want to cast off the bonds of limitation which abound around the world, whether they are social, economic or religious. This is the land of opportunity; opportunity to pursue all manner of dreams and to buck the conventional.

Week after week, in my work as a columnist and broadcaster, I criticize something about the United States, from the death penalty to the health care system, to economic unfairness. So much so that you might not know I dearly love the place.