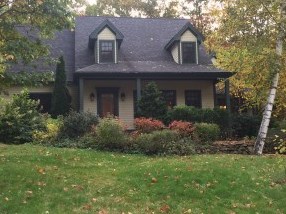 Correction: While Hassan’s campaign did not respond to a request for comment on this article, a detailed review of the 23 pages of Ethics Committee guidelines appears to indicate only sitting Senators, and not candidates, are required to disclose home mortgages. NH Journal is not afraid to admit a mistake, and in this case, we were incorrect.

New Hampshire Gov. Maggie Hassan appears to have not reported a $335,000 loan on a required financial disclosure document, according to an analysis conducted by NH Journal/InsideSources.

Hassan was required by law to disclose her personal finances to the U.S. Senate Select Committee on Ethics within 30 days of announcing her candidacy for Senate last October. She received an extension and filed the report on January 31, 2016. In the disclosure, Hassan did not report any liabilities.

But according to local records from Rockingham County, N.H., Hassan obtained a 15-year, $335,000 home mortgage on March 23, 2015. Local records do not indicate that the loan has been repaid.

Hassan’s campaign did not respond to a request for comment.

This is not the first time during a campaign that questions have arisen over Hassan’s homes. In 2012, the Republican Governors Association ran an ad critical of Hassan for supporting 33 tax and fee increases while not paying property taxes on her own home. That home was tax exempt because it belonged to Phillips Exeter Academy, where her husband was principal.