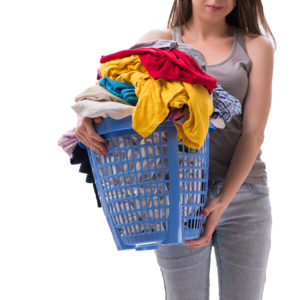 Posted to Technology February 01, 2018 by Jennifer Skees and Andrea O’Sullivan

If necessity is the mother of invention, then “permissionless innovation” is the fairy godmother. This policy position, which advocates a hands-off regulatory approach to new technologies, is largely responsible for the wonderful array of time-saving innovations that we enjoy each day. Just recently, a new laundry folding robot debuted the Consumer Electronics Show (CES), demonstrating how artificial intelligence (AI) and robotics can free us from the burdens of tedious tasks—as long as we free such technologies from the burdens of a precautionary outlook.

Permissionless innovation means promoting innovation first and regulating only when necessary, in order to end up with more life-improving technology. A precautionary view requires a technology to be proven safe from risks (that are often merely theoretical) before it can develop. In other words, innovators should be able to follow the advice of TV’s “Magic School Bus” teacher Ms. Frizzle, and “Take chances! Make mistakes! Get messy!”

We sometimes take for granted just how much innovation has freed us from the drudgery of household labor. At one point in time, most women’s days were spent toiling in the home out of necessity. Thankfully, a general spirit of entrepreneurialism and risk-taking compelled tinkerers to develop and market household appliances that greatly reduced the need to stay chained to household activities over time.

Things are much improved from those days, but they could still be far better. According to a 2016 survey from the Bureau of Labor Statistics, the average working American spent 1 hour and 49 minutes a day engaged in household activities like cooking, cleaning, and laundry folding. This may not seem like much, but when you consider the time left after working and commuting, that 700 hours a year could have been spent with family, pursuing a hobby, learning a skill, or just relaxing.

New technological options have already begun to decrease the time we spend on such activities. We have rapidly embraced once-expensive and cumbersome devices like the microwave and the vacuum. A 2012 survey found that we spent around one-third of the time on housework that we did in 1965. And if we allow technology to naturally evolve, it will save us even more time.

Not only does time saved doing housework lead to more enjoyable free time, it also promotes independence and equality. Women still do on average 60 percent more household labor than men, but the spread of electric and time-saving household technologies was part of what allowed women to enter the workforce in higher numbers in the latter half of the 20th Century.

New technologies also help reduce the physical demands of many tasks and can enable the elderly and disabled to live more independent lives. Instead of fearing technology, we should embrace the empowerment it brings.

Not everyone embraces permissionless innovation. Technological critics, fearing hypothetical or even imaginary worst-case scenarios brought on by new technology, advocate for policymakers to adopt a posture of control and deceleration. Concerns that microwaves fundamentally change the components of food through reactions, though scary, are not backed by scientific evidence. Imagine the amount of time we would have collectively wasted for decades if these objectors had their way.

Similarly, we should realize that calls for a “Federal Robotics Commission,” are not just about preventing some dystopian science fiction future of Terminator-style robots—they are about limiting many of the benefits of real-life technology that make people’s lives better, safer, easier, or more prosperous.

An innovator is less likely to pursue an idea like a laundry folding robot or an autonomous lawn mower if she is forced to seek repeated government approval throughout the process. If we want to see a continued decrease in the amount of time needed for housework and maintenance, we must embrace an Innovator’s Presumption: Any person who wants to slow the march of technological progress must definitively demonstrate that the technology is counter to the public interest—and science fiction should not enter the equation.

Most of us won’t wake up to a laundry-folding robot or autonomous lawnmower tomorrow, but if we are too precautionary in our approach to the regulation of robots, AI, and other emerging technologies, we do risk becoming slaves to the past. Few, if any, people would want to go back to a time before washing machines and vacuum cleaners, but these were once a new technology. Embracing a permissionless approach to innovation allows us to solve problems we can’t even fully identify in ways beyond what we could imagine.

Jennifer Skees is a legal research associate and Andrea O’Sullivan is the program manager for the Mercatus Center at George Mason University’s Technology Policy Program.