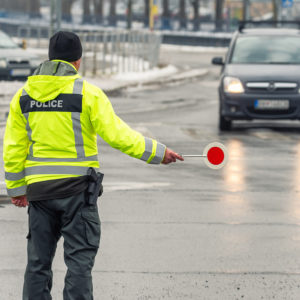 Have Governors Crossed the Line by Ordering Out-of-Staters to Quarantine?

From liberal Rhode Island to deep-red Texas, America’s governors are issuing emergency orders forcing out-of-staters who relocate to their states into self-quarantine. The reason for these orders is obvious as the coronavirus crisis continues to rage. Less obvious is whether these orders are legal.

Some states are trying a softer approach, urging — but not requiring — out-of-state arrivals to self-quarantine.  In Massachusetts, Republican Gov. Charlie Baker is “urging” out-of-state visitors to self-quarantine for two weeks, and the state has workers passing out fliers at Logan airport with that message. Some Bay Staters don’t believe Baker’s gone far enough. More than 7,300 people have signed a petition urging access to Cape Cod be denied to anyone other than year-round residents, emergency workers and essential supplies.

“We feel like sitting ducks, and nobody has our back,” Chatham resident Nancy Patterson told the Boston Herald. “This is an emergency, and we should only be allowing in essential vehicles. It’s just getting scary out here.”

This fear is boosting support among Americans for expanded government powers, such as mandatory quarantines. An AP-NORC poll released Thursday found that overwhelming majorities of Americans favored restricting travel into the U.S. for people from other countries (82 percent); requiring American citizens returning to the U.S. from other countries to quarantine themselves for 14 days (88 percent); and stay-at-home orders covering all citizens (78 percent).

And nearly as many, 76 percent,  favor restricting travel within the U.S. as these governors are doing.

“For the moment, Americans are quite supportive of extremely strong measures to combat the pandemic,” pollster Scott Rasmussen told InsideSources. “That’s because they’re convinced of the urgency and believe other concerns must be set aside until the crisis passes.”

But being popular and being legal aren’t the same thing. What about the U.S. Constitution?

“Yes, these actions do raise constitutional questions,” said John Greabe, director of the Warren B. Rudman Center for Justice, Leadership & Public Service at the University of New Hampshire. “So many of these measures are extraordinary, but we live in extraordinary times.”

Greabe told InsideSources that there are constitutional protections for citizens when they cross state lines, in particular Article IV Section 2 guaranteeing “the citizens of each state shall be entitled to all privileges and immunities of citizens in the several states.” However, “in reality your rights are what the courts are willing to enforce, and during this coronavirus emergency judges are unlikely to overrule elected officials.”

According to Jessica Levinson, director of the Public Service Institute at Loyola Law School in Los Angeles,  “the privileges and immunities clause prohibits states from discriminating against out-of-state visitors, but there are plenty of exceptions. There has not been a case explaining whether one of those exceptions includes the ability to force out-of-state visitors to self-quarantine,” she writes.

Levinson and other legal experts point out that many of the executive orders that governors are issuing could run afoul of multiple constitutional protections, not just the right to travel freely among the states. She points to Rhode Island’s policy of stopping cars with out-of-state plates as a potential violation of Fourth Amendment rights to be free of unreasonable searches and seizures.

Jeremy Dys, special counsel for litigation and communications at the First Liberty Institute,  tells InsideSources there are First Amendment issues at play as well. “Government officials need to be careful to respect religious liberty, even in times of a pandemic.  The reality is that that state needs the church to provide comfort and peace during this time and the church needs the state’s public health apparatus.”

Quarantines deny individuals the ability to attend religious services and bans on groups of 10 or more make most worship services illegal. “Now is a time to find ways to work together, not only to curb the effects of this virus, but to do so in a way that respects the important role religious liberty plays as we do,” Dys says.

Adam White of George Mason University’s law school says states could theoretically impose an embargo on residents from other states, but they would face a high legal hurdle.

“The U.S. Constitution both protects our due-process rights and prevents states from imposing undue burdens on interstate commerce and travel,” he told InsideSources. “But it’s hard to say in general how much latitude a given state really has, because those constitutional protections generally leave significant room for states to deal with genuine emergencies.

“So, speaking in very general terms. if a state does try to impose a quarantine against another state, it would have to show that the restrictions really are necessary for the protection of public health,” White said.