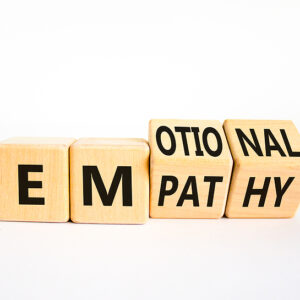 Having More Empathy for Potential Adversaries Is Not Weakness, It’s Smart

Although bipartisanship seems to be rare in a polarized Washington, after Donald Trump was defeated for a second term as president the coast was clear for Republicans to join Democrats in bashing both Russia and China. For a Republican, Trump’s policy toward Russia’s autocratic regime had been unusually chummy, and his policy toward the Chinese authoritarians had been initially favorable but went South as his presidential term progressed because of disappointment with trade negotiations and the outbreak of COVID. This Trump unorthodoxy has been replaced with an ill-advised bipartisan and cartoonish incipient Cold War against the two countries simultaneously.

Otto von Bismarck, the Iron Chancellor of Germany at the end of the 19th century and a master of realist diplomacy, would have been appalled. Even American realists, such as Richard Nixon and Henry Kissinger in the early 1970s, realized they needed to improve relations with a then weaker, but more radical, Maoist regime in China to balance against a stronger, but more status quo-oriented Communist Soviet Union.

Thus, not even when American relative economic power was much greater vis-à-vis each of those potential adversaries did the United States try to run a hardline policy against them simultaneously. Yet, since Nixon made his diplomatic opening to an isolated China in 1971, U.S. relative economic power has been in significant decline. If we could not afford to have bad relations with both China and Russia back then, that policy is even more questionable now. The U.S. could now reverse Nixon’s policy, mending relations with the weaker Russia to help balance against the now rising China.

But although these two countries are no longer bastions of traditional communism, aren’t they still essentially autocracies that have allowed some crony capitalism? Yes, but it is a fallacy that internal authoritarianism and external aggression are necessarily correlated. Research shows that democracies are no more peaceful than autocracies. For example, since 1945, the United States is the grand champion in terms of the number and significance of military interventions around the world. Also, the British and French have conducted a multitude of global military adventures. Both China and Russia, for very good historical reasons, are concerned with their near abroad. Yes, great powers, including the United States in Latin America, still expect security spheres of influence, despite protests in the woke “international community” that the concept is “so yesterday.”

Russia, over its history, has been invaded numerous times, many invasions coming through its flat and vulnerable West—Napoleon and Hitler come to mind, the latter devastating the Russian homeland and leaving 25 million Russians dead. From 1918 to 1920, even the United States got into the act by joining Britain and France in invading the Soviet Union after the Bolshevik Revolution, getting U.S.-Soviet relations off to a sour start. As for China, in the 19th and early 20th centuries, it was carved up and humiliated by the Western powers, including the United States, for the purposes of coerced trade. The United States joined the other great powers in militarily suppressing an anti-imperialist uprising by the Chinese Boxers in 1900.

Both Russia and China, for all their internal thuggery, kleptocracy, and human rights violations, have legitimate security fears. When the United States expanded the historically hostile NATO alliance up to Russia’s borders and then recently reaffirmed its threat to admit Georgia and the traditionally strategic (for Russia) country of Ukraine into that alliance, U.S. policymakers should not be surprised that Russia has acted out; similarly, China, with its history of being exploited by great powers, bristles when the United States deploys aircraft carrier battle groups in China’s coastal seas and a U.S. administration publicly advocates, then retracts, changing America’s officially ambiguous stance toward Taiwan’s security to one of defending the island in any war with China. Reminding ourselves periodically of the histories of these two powers might help the United States empathize with their viewpoints.

Empathy is not sympathy. Even Bismarck and Napoleon—hardly weak-kneed—realized that it was vital to put yourself in your opponents’ shoes to try to determine their goals and incentives. We don’t have to agree with Russia’s invasion of Crimea or subversion of Ukraine or China’s desire to reunite with Taiwan, but we should realize that these countries perceive these areas to be critically important to them. More important, it is important to remember that none of these areas should be included in the vital interests of the United States.