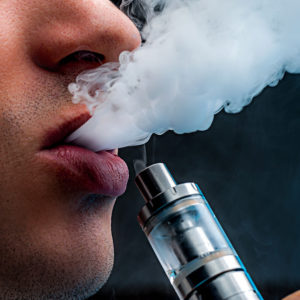 Health Canada’s (HC) Tobacco Products Directorate has embarked on a public consultation to inform a mandated legislative review of the vape-related aspects of the Tobacco and Vaping Products Act (TVPA), which was last amended in 2020. Even though the public is invited to comment, HC is sending confusing messages with this process, which suggest it is somewhat confused.

Not long ago (September 2021) HC asked for input on proposals to further restrict flavored vaping products. The responses to that consultation are still being processed and no report has been published. Now, there is another consultation that haphazardly asks questions of respondents as if HC was starting back at square one.

There are no legislative proposals to comment on, just a set of 22 questions so vague that, if they were an attempt at a freedom-of-information request they would be rejected on cost grounds. The only defining feature of this latest process is its obvious bias against harm reduction.

Solely focusing on unproven downsides of vaping, the headline discussion points of HC’s questions speak of “protect(ing)” young people, of “restricting access,” of the public being “deceived” and “misled,” and of “health hazards.” This type of wording leads to misinformation and has a disastrous effect on smokers trying to quit. These scare tactics are happening despite the original consultation document recognizing the public health benefits of quitting or switching  “completely to vaping as a less harmful source of nicotine,” as noted by the HC.

The Canadian Tobacco and Nicotine Survey 2019 survey found that only 4.3 percent of Canadians correctly believe that vaping is much less hazardous than smoking. This statistic should send shock waves around the offices of HC, yet it is again promulgating irresponsible doubt.

The consultation document also speaks of the threat of youth vaping yet acknowledges that concerns about youth vaping increasing youth smoking is unfounded, stating that “thus far, this has not been the case. Smoking rates, for both youth and adults, continue to decline and are at an all-time low. The prevalence of daily smoking among youth aged 15 to 19 years was so low that it was considered to be ‘unreportable’ in 2020.”

One declared aim of this consultation is to “enhance public awareness of health hazards.” This comes soon after the same administration made it illegal in the original TVPA to communicate accurately relative risk information to Canadians who smoke. The fact that Canadians are being so badly misled about the huge difference in risk between smoking and vaping can be laid at the door of HC’s schizophrenic messaging in recent years.

HC has gone from proposing what would have been world-leading risk-proportionate messages on vaping products, which could have driven hundreds of thousands of quit attempts a few years ago, to now seemingly ignoring thousands of testimonies from vapers as they did when they tragically imposed a nicotine limit on vape liquids last summer.

To get an accurate and unbiased analysis of vaping, HC should examine the United Kingdom’s public health bodies, which promote policies encouraging the switch to vaping among adults who smoke. This has led to unprecedented declines in UK adult smoking prevalence. Further, this has not led to high levels of youth vaping, despite the availability of a wide range of flavors, presumably because enthusiastic endorsement by UK health authorities does not lend itself to vaping being seen as rebellious behavior.

Several years ago, Canada was seen as a leading light in recognizing tobacco harm reduction as a positive measure to tempt smokers away from combustible tobacco. Yet, something has changed, and emphasis has gone backward since. It does not fit considering that Canada has shown admirable leadership when it comes to harm reduction for drugs, incorporating safe injection sites, and decriminalization of cannabis into a truly progressive and coherent harm reduction agenda. There is no logic to as to why one government department can be so inconsistent.

Instead of adhering to the increasing body of evidence on the benefits of vaping for the health of smokers, this latest consultation seems to further suggest an internal disagreement between objective science on one side and myths and dogma on the other.

If HC is so confused in its messaging, it is no wonder that the Canadian public will also be confused. This confusion can lead to countless unnecessary deaths.