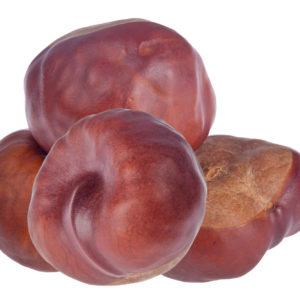 First: “Rubes think the government should keep its hands off their Medicare.”

This condescending snipe is a staple for those advocating government suzerainty over health care. Actually, the alleged rubes have a legitimate gripe. The original Medicare bargain was essentially, “We’ll tax you throughout your life and, after age 65, pay for whatever health care you and your doctors deem useful.” Sounds reasonable, right?

But because 1960s politicians knowingly constructed Medicare as a demographic time-bomb, the bargain is swinging toward, “Since we’re running out of money, the government, not you and your doctors, will decide what sort of care you get and how much of it.”

Second: “Markets don’t work in health care because when you’re on a gurney having a stroke, you’re not able to comparison-shop for doctors and hospitals.”

That’s equivalent to, “Markets don’t work in plumbing because when your toilet pipe bursts, you’re in no position to comparison-shop for plumbers and hardware.” Most health care expenditures aren’t for emergencies; they’re for routine and chronic services, with ample opportunity for education and comparison shopping.

One can (and should) shop around for emergency caregivers before the emergencies ever happen, just as my plumber’s magnet stands ready on my refrigerator for rapid response. Before you’re on the gurney, you can pick a hospital and establish relations with a primary care doctor to shepherd you (conscious or unconscious) through rough patches. Strokes on gurneys are as much an argument for government-run health care as burst pipes are for a single-payer, government-run plumbing system.

Third: “Let doctors design and run the health care system, since they know more about the subject than anyone else.”

I deeply admire pilots, but there’s zero reason to think they should manage airlines or oversee aviation policy. They’re trained to get planes into the air, steer them toward their destinations, land them safely, and deal with whatever contingencies occur along the way. Pilots aren’t necessarily trained in finance, accounting, marketing, public policy, personnel management, or logistics. Their knowledge of aircraft design and maintenance, though substantial, likely pales next to that of engineers and mechanics.

Similarly, physicians’ skills and intellects merit awe from the rest of us. But on the big picture—the structure of the system—doctors may be no more coherent than random people on the streets. (I’m reminded of this whenever a highly paid specialist asks, vehemently, “Why are America’s health care costs so high?”) Plus, even outstanding medical professionals inhabit specialized silos and often fiercely resist beneficial changes to their own fields. Of course, pilots and doctors deserve to be heard and respected by business managers and policymakers.

Fourth: “If you don’t like our plan for fixing health care, then you need to explain what your plan would be.”

Sure, but before that, tell me your plan for fixing all our transportation problems. “Huh?” you ask.… I want you to write a big law addressing everything concerning the manufacture and operation of planes, trains, automobiles, spacecraft, trucks, subways, ships, bikes, roads, bridges, rivers, canals, sea lanes, hyperloops, and all their financial and support systems. Call it the “Affordable Transportation Act” or some such.

Transportation services comprise a considerably smaller share of the U.S. economy than health care. Yet outside of faculty lounges and late-night dorm rooms, the thought of trying in one shot to redesign and stage-manage all transportation from Washington would sound delusional. Yet, lots of people are willing to embrace such hubris for the even larger health care sector. The decades-old idea of “a plan” is how health care got so screwed-up in the first place.

Unfortunately, these truisms bear considerable responsibility for our dysfunctional health care debate. There are others, like the ever-popular, “America spends so much on care, but gets such terrible outcomes.” But for today, more than four chestnuts would be a blight.