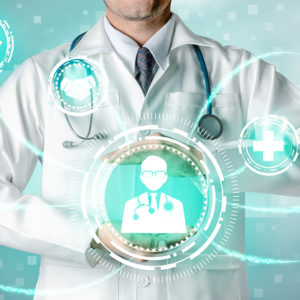 Health Care Reform That’s Superior to Medicare for All

Health care reform is shaping up as the defining issue of the 2020 election. According to Real Clear Politics polling, most voters say that health care is their most important issue.

For doctors, that’s no surprise. We hear complaints from our patients about the health care system every day. Chief among these is the exorbitant cost.

Average insurance premiums for employer-sponsored health insurance, which covers most Americans, have risen by more than 50 percent over the last decade. Deductibles have doubled.

How can families with median annual household incomes of around $60,000 pay $10,000 worth of combined premium and deductible costs per year?

Evidently, they can’t. More than one-in-six Americans have medical debt in collections. Hospitals across the country are garnishing wages and putting liens on homes to recover inflated health care bills bankrupting ordinary Americans.

No wonder, then, that Medicare for All, which would make the government the single-payer of health care, enjoys significant support.

However, Medicare for All would do nothing to address the underlying cost drivers that are responsible for inflated bills that regularly run into the five- or even six-figures. It would just transfer this cost to the already-bankrupt federal government.

Analyses put the cost of Medicare for All at $32 trillion over 10 years, more than 50 percent greater than the entire projected government budget over this timeframe.

Existing Medicare for All proposals and the experiences of single-payer countries like Canada and Great Britain reveal that such costs would try to be contained by rationing. In Britain, the waitlist for routine operations sits at 4.4 million people.

Controlling for population size, that equates to the U.S. waitlist of about 22 million.

The consequences of government-run health care are personal to me. My mother died partly as a result of single-payer health care system failures in the former Yugoslavia.

There’s a better health care solution that attacks the pillars underpinning inflated costs while maintaining choices for patients. Such reform would put patients and doctors rather than third-party payers and bureaucrats in control of health care decisions.

Health reform should center on patients paying out of pocket for their routine and specialist care. Alternative health care arrangements are already making this possible and delivering dramatic savings to patients. Surgery centers such as the Surgery Center of Oklahoma are posting their prices online and offering procedures at around a tenth of the cost of local hospitals.

Direct Primary Care covers all patients’ primary care needs for an affordable monthly fee. DPC centers contract with nearby blood, imaging and specialist centers to get patients more advanced treatments at low costs. A nearby radiology center offers MRIs for $400 cash versus around $2,500 with a traditional insurance plan.

Two reforms would turbocharge this direct medical care that cuts out the distortionary middlemen: Price transparency, which would require providers to post their prices before care, and expanded personal health management accounts, also known as health savings accounts, which allow patients to use pretax dollars to pay for their health care.

These reforms would empower patients to price shop and usher in a health care market that would eliminate many cost drivers and put downward pressure on others. They would also let employers get out of the business of providing health insurance by allowing them to make contributions to employees’ tax-free accounts.

Under such a system, insurance could return to its rightful role as protections against unforeseen serious medical events. Not weighed down by essential health benefits like drug rehab and mental health required by current plans, “catastrophic” insurance could be acquired for just a couple of hundred dollars a month.

Alternative health care reform proposals such as “Healthcare for You” feature these tenets. These health care solutions are better than Medicare for All because they would actually reduce costs while protecting choices. Doctors should highlight them to their patients complaining about the status quo.