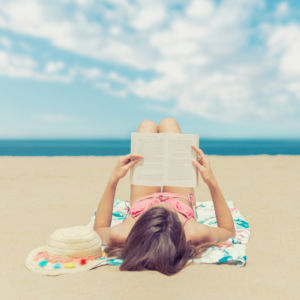 For more productive discussions of health care policy, I suggest reading less about insurance (Affordable Care Act, Medicare, single-payer, etc.) and more about health care delivery. (To see why, read my 2014 monograph, “Fortress and Frontier in American Health Care.”) Assuming you like my advice, here are eight books to put on your summer reading list:

“The Innovator’s Prescription: A Disruptive Solution for Health Care,” by Clayton M. Christensen, Jerome H. Grossman, M.D., and Jason Hwang, M.D. (2009). This is the single most important book written on health care policy in the past 25 years. Christensen and co-author Joseph Bower originated the concept of “disruptive innovation” in a 1995 article. “The Innovator’s Prescription” uses that lens to explore what’s wrong with health care and how to begin fixing it. They describe business models that can bring about radical cost-cutting and — eventually — quality-improvement over time.

“The Patient Will See You Now: The Future of Medicine Is in Your Hands,” by Eric Topol (2015). Topol, a cardiologist and geneticist, describes how digital technologies enable patients to perform diagnostic and therapeutic tasks that were once the sole preserve of doctors. Doctors, whose privileged paternalism dates from ancient Egypt, can barely see the handwriting on the wall. (In 2017, Topol and I co-authored an article, “Anatomy and Atrophy of Medical Paternalism.”)

“Catastrophic Care: How American Health Care Killed My Father — and How We Can Fix It,” by David Goldhill (2013). Goldhill was CEO of television’s Game Show Network. In the early 2000s, his father died — unnecessarily — of a hospital-borne infection in a well-regarded New York hospital. In his grief, Goldhill asked from a medical outsider’s perspective how this could happen. (Distance and detachment have their virtues.) His search for answers became a cover story in The Atlantic, and that article grew into this book.

“The Fattening of America: How the Economy Makes Us Fat, If It Matters, and What to Do About It,” by Eric A. Finkelstein and Laurie Zuckerman (2008). For years, I’ve assigned this book to the medical professionals whom I teach in masters and doctoral programs. The subject matter is important, but more important, this book shows better than any other that I know how economists think about health, how they develop public policy, and why those policies may not always do the job.

“War Against the Weak: Eugenics and America’s Campaign to Create a Master Race,” by Edwin Black (2003). My graduate students read segments of this book because it provides a cautionary tale on what can happen when physicians and others confuse themselves with God. It provides a dark look at the dangers of hubris and junk science.

“The Creative Destruction of Medicine: How the Digital Revolution Will Create Better Health Care,” by Eric Topol (2012). This earlier book by Topol is a worthy prequel to “The Patient Will See You Now.” It applies Joseph Schumpeter’s concept of creative destruction (the virtuous rise and fall of producers over time) to health care.

“The Cure in the Code: How 20th Century Law Is Undermining 21st Century Medicine,” by Peter Huber (2013). “Code” is a double entendre. First, it’s the genetic code that defines every individual human being. Second, it’s the legal code governing health care. Huber argues that existing law and regulation are inappropriate for today’s path-breaking technologies.

“Destiny of the Republic: A Tale of Madness, Medicine, and the Murder of a President,” by Candace Millard (2011). Millard’s book details the events leading to the 1881 assassination of President James A. Garfield and the emphatic stubbornness of 1881 doctors that ultimately killed Garfield. While specifics have changed, 2018 doctors still resist innovation and new data. The result, now as then, is unnecessary suffering and death. The book is a self-contained college course on history and medicine, and Millard is a masterful storyteller. For me, the book constantly gave the illusion that events were still unfolding. That if only I could warn the security detail about the madman walking the streets of Washington, or if only I could command the pompous doctors to take their dirty hands off  Garfield’s wounds, then things might work out for the better.

There you go. Enjoy the summer!