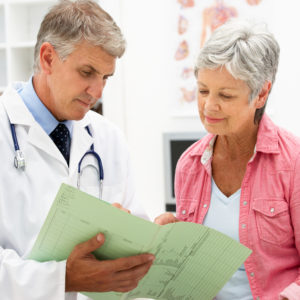 Health Care, Where the Simple Solution Is the Best

That may be where we are now with health care.

To some, the simple solution that unties the complicated knot is a single-payer system: Replace the whole complex, expensive and teetering system with something new and simpler.

Yet in the intellectual debate — where ideas are discussed long before they are codified into law — there are powerful forces aligned against real health care overhaul.

These are not just on the right, although conservative thinking is opposed to anything that suggests a larger government or even a community role in health care. Unions, which gain strength when they provide health care, do not want to see that leak away, nor do employees who are happy with the health care provided as part of their employment. Better keep that job.

There is also a phalanx of conservative economists who calculate that universal health care will be too expensive and bankrupt the country. This I find dubious because single-payer health care works. There is evidence. It is not uncharted territory. It works from Australia to Britain, from France to Japan.

In short, the advanced countries of the world all have a single-payer system. It costs them about half of the 18 percent of GDP we spend on health care. You might reasonably think something is wrong when you spend more and get less.

The fact is those who experience tax-paid health care like it. No one who has permanent health care, as in Canada or Britain, is asking for it to be ended. National health systems are fiercely defended by those who have them, bar none.

One organization that is fully committed to a single-payer system — also known as Medicare for All in the political debate — is Physicians for a National Health Program (PNHP). It is a national group with headquarters in Chicago and 23,000 health care professional members. It is adamant in its advocacy of a single-payer system and takes aim at the health insurance companies as the source of what ails health care in America.

It rejects partial measures, such as beefing up the Affordable Care Act, improving Medicaid and lessening the effect on the poor in various ways. These, PNHP says, avoid the question at the center of the health care debate: What are the insurance companies for? What wound do they bind? The answer, according to PNHP, is none. They just add cost.

Every hospital, whether a for-profit or a community institution, employs huge staffs, sometimes well in excess of 100 people, for negotiating claims with insurance providers. That is a great burden on hospital costs right there, let alone the costs inside the insurance companies.

In decades of dealing with health insurance, which includes looking at it as a reporter, paying for it as an employer, and occasionally, receiving treatment under private insurance, I can tell you that Medicare is now one of the great improvements in my quality of life and peace of mind. I am also one of the few with the temerity to offer an opinion on health care who has received care, and watched members of my family receive it, under the British system.

I am a free-market person, someone who has and still runs his own business, albeit a very modest one, so I am not in love government for government’s sake.

We do not have a health care system. We have a lack of a system: a savage garden full of weeds, where medicine endeavors to grow while the gardeners stand around arguing over money.

PNHP may not have all the answers, but at least it is a pressure group trying to put something on the table, something that serves the rest of the developed world well: single-payer health care.