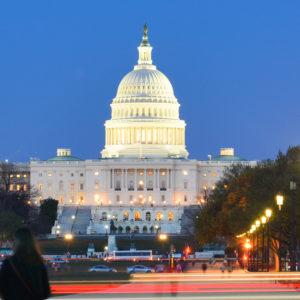 Republican leaders have worked to unite the party around the same tax reform vision in what could be a move to avoid the same problems that tanked healthcare reform multiple times this year.

Senate and House Republicans are preparing to unveil their tax reform framework Wednesday in what is expected to be a major step towards drafting an actual bill. They have held multiple hearings and a recent policy retreat to ensure the entire party is on the same page–an approach that could avoid issues that caused healthcare reform to falter.

The National Taxpayers Union (NTU) held a call with reporters Tuesday to go over what the framework is likely to include. Republicans have focused on rate reductions and simplification, but the specific details are not yet known. While their push for party unity isn’t new, the past week has shown how seriously they are taking it.

“The reality is House Republicans have been finding consensus in discussing the challenges of tax reform far before even the Trump administration came into view,” NTU senior fellow Mattie Duppler said on the call. “This is an effort that started in January of 2016.”

Republican leaders took additional steps this past week to help ensure all party members were part of the discussion. They held the two-day private retreat to hash out the details openly. The approach deviates from Senate Republicans who structured healthcare reform legislation among a few party leaders.

“The events this week with the committee huddling over the weekend, and then, of course, a full conference retreat this week, I think, show a sincere commitment from House Republican leadership to get buy-in for their members,” Duppler said. “And this, of course, is a very acute lesson that was learned in healthcare, which is that having a vision that all members can buy into is an important first step.”

Duppler also noted that having the party unified on a budget is a critical piece as well. Republicans will only need a simple majority if they include tax reform as part of the reconciliation process. Republicans have to first pass a budget that includes provisions for tax reform for it to be included in that process. Democrats aren’t likely to support the eventual tax reform bill making party unity and a simple majority vote a necessity.

Republicans have also made healthcare reform a top priority with their promise to repeal and replace the Affordable Care Act, better known as Obamacare. Senate Republicans showed how critical party unity is in their failure to pass healthcare reform. A few party members breaking from the pack was enough to sink three separate efforts.

Republicans failed to replace the law, repeal it without a replacement, or even cut some provisions with a skinny repeal. Sens. Lindsey Graham and Bill Cassidy introduced a fourth bill which is currently being considered. Republican Sen. Susan Collins deciding not to support it Monday has likely killed its chances of being passed.

Republicans appear to be much more deliberate about their tax reform push. House Speaker Paul Ryan and Rep. Kevin Brady introduced a blueprint last year which detailed their policy goals. President Donald Trump released a summary plan which highlighted many of the same provisions April 26.

The Congressional Budget Office (CBO) found in an analysis that many other developed countries have been moving towards a more competitive tax system for over a decade. The United States, in contrast, has done little to its tax code to stay competitive since the last time the tax system was reformed in a fundamental way in 1986.

The Business Roundtable found in a survey that business owners would begin investing more back into their companies and employees if the tax system was reformed successfully. The NTU found in a 2015 study that the economy loses $233.8 billion annually from hours spent doing taxes.

Republicans have promised to lower rates for individuals and businesses. What exactly that will entail will not be known until a bill is drafted. The Wall Street Journal reports they might be considering a new special rate for pass-through business income which could potentially put high-income wage earners at a disadvantage.

Republicans being unable to pass healthcare reform also puts added pressure on the tax reform push. Both reform efforts represent a major piece of their agenda and being unable to accomplish either could prove to be a devastating blow to the party.