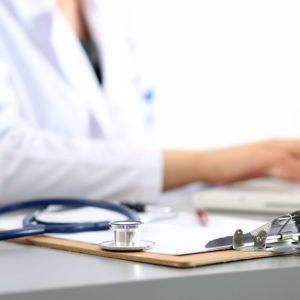 Lawmakers in Iowa, Maryland, Tennessee, and in other states across the country have recently called for significant reforms to their certificate of need (CON) laws—regulations that mandate health care providers receive permission from a state government agency before adding new services, building or expanding medical facilities, or purchasing certain kinds of medical equipment.

CON laws operate differently in each of the roughly 36 states that use them, but research conducted by Thomas Stratmann and Jacob Russ at the Mercatus Center shows states that have enacted CON regulations typically have less access to health care services. According to Russ and Stratmann, certificate of need states have on average “99 fewer hospital beds per 100,000 people” compared to those who have repealed them and provide little or no cost savings.

Legislators and governors looking to transform state CON laws often cite problems related to access to care and corruption as the primary considerations behind their reform efforts, but data suggest there may be another, even more important reason to reform or eliminate CON regulations: The reduced access to mental health care services that result from certificate of need laws may contribute to rising suicide rates.

The Centers for Disease Control and Prevention reports more than 42,000 people committed suicide in the United States in 2014. The number of reported suicides across the country has grown by 45.7 percent since 2000 and by more than 11 percent since 2010. About 117 suicides occur each day on average, and the American Foundation for Suicide Prevention estimates the total economic cost of suicides in the United States surpasses $44 billion annually.

CON regulations limit access to health professionals, including mental health providers, by restricting the number of health care facilities and services allowed in a given region. Because certificate of need laws artificially restrict the health care marketplace, mental health services are not as widely available as they may otherwise be.

Mental Health America ranked all 50 states and Washington, DC for prevalence of mental illness and access to mental health care services. Of the 30 states, including Washington, DC, with the worst rankings, 23 have CON laws or variations on CON legislation. Of the remaining seven states, four are among the lowest in population density, which is also linked to suicide rates for the same reasons CON laws are: lower access to mental health professionals.

CON laws are not necessarily tied to extremely high suicide rates. New York, for instance, has a restrictive CON law but a relatively low suicide rate. However, CON laws, in many of the places they are used, reduce access to mental health care, and academic studies show when access is lowered, suicide rates climb.

Many medical professionals living in CON states have been told they cannot expand services or build new facilities as a result of CON laws—even though these doctors and health care providers have been willing to risk their own money and resources to improve access to health care.

For example, in March, Missouri’s Health Facilities Review Committee rejected a certificate of need application to build a new $12.6 million, 60-bed mental health facility in Columbia. The state agency said the primary reasons it rejected the application are because it did not approve of the location chosen and because the paperwork had failed to show the facility would satisfy a need.

Certificate of need regulations have also led to cronyism and created regulatory environments where existing businesses work tirelessly to lobby for continued use of CON laws to prevent other businesses from competing.

In May 2011, Tracy Yee and a group of researchers published an academic study of certificate of need regulations with the National Institute for Health Care Reform. In the study, the authors concluded, “In five of the six states studied … the CON approval process can be highly subjective and tends to be influenced heavily by political relationships rather than policy objectives.”

These problems related to corruption and CON laws’ failure to control costs have resulted in significant criticism of many state certificate of need programs made by officials with the American Medical Association, Federal Trade Commission, and the Department of Justice.

CON laws take the power to make health care decisions out of the hands of doctors and medical providers willing to risk their own time and fortunes to build new facilities or expand existing services. Government agencies shouldn’t prevent innovation in medicine or limit access to much-needed health care services. By reforming or eliminating certificate of need regulations, governments will open up opportunities for health care providers that could save countless lives.