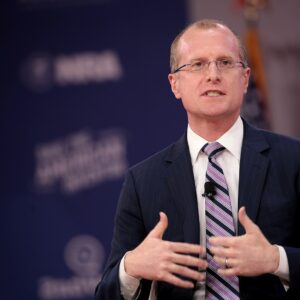 In recent weeks, thousands of Cubans flooded the streets of the island nation to protest against the Communist government, shouting slogans such as “We want freedom” and “We are no longer afraid.”

It was a shocking development in a country that has been ruled by an iron fist for decades. The demonstrations come as Cuba faces it worst economic crisis in decades, and its health system becomes increasingly strained by the COVID-19 pandemic.

Unsurprisingly, the government that controls the internet pulled the plug on many services, attempting to block residents from disseminating information from the protests to the rest of the world. For the Taxpayers Protection Alliance (TPA), getting the Cuban people connected is about freedom and taking away the power of the Cuban government to dictate the terms of the connectivity of the population.  Government control over the internet is why TPA opposes heavy-handed Title II net neutrality regulations that give government bureaucrats more power over the internet.

Federal Communications Commission (FCC) Commissioner Brendan Carr recently joined leaders from Florida, including Gov. Ron DeSantis, to call on the Biden administration to offer support for American efforts to provide internet service to Cuba so that residents can spread the word about what’s going on there beyond the nation’s borders.

Taxpayers Protection Alliance spoke to Carr this week about that effort.

TPA: Why this is an important issue to you?

CARR: First and foremost, whenever we see movement for freedom around the world, freedom from brutal dictators, the first thing people do is they take to the streets, they open up their smartphones, they take pictures, they take videos to try to get the messages out to the world. And the first thing these dictators do is try to shut down the internet, whether it is a partial shutdown like we are seeing in Cuba like blocking messaging apps. We’ve seen this kind of activity in Iran and Myanmar. This is the go-to move for brutal dictators and historically we have played a role to try to maintain the free flow of information over the modern means of communication. When you do that, that can sort of hasten the downfall of regimes. It goes back to the printing press, and you had Thomas Paine and Common Sense. We used to drop leaflets, and now we have operations like Radio Marti, which is a government entity in Miami that broadcasts radio content into Cuba and has been doing that for decades. Updating that to boost internet connectivity on the island for people that are protesting there is consistent with the past precedent. And we have the technical capability to do this.

TPA: How pleased are you to see support from the Biden administration on this effort?

CARR: I think it’s great. Look, it’s still TBD in terms of where they come out on their discussions, but it’s really good to see coming on the heels of the calls from particularly Republican leaders from Florida, including Gov. DeSantis. Biden himself said they were looking for ways to boost service. I know White House press secretary Jen Psaki said [recently] in a local TV interview in Florida that they are looking for ways to do this. I think it’s heartening to see they are considering this, now we just have to put the pedal down and get going. We’re doing this both for Cuba right now, but also as a strategic matter I think we need to have this capability in our arsenal, being able to go into any area where people are protesting and brutal dictators are trying to shut down the internet and cling to power, to be able to provide people there with an alternative means of getting their pictures and videos and messages in and out. Now Cuba takes the position that this is a violation of Cuba law and there are some international pinheads that take the position that this is a violation of international law, but we’ve been doing it through Radio Marti for decades. I think we should give it a shot.

TPA: Can you explain the process of connecting Cuba with internet?

CARR: There are a lot of technological options out there. The one that I talk some about is this high-altitude balloon platform. It’s a technology that can work without needing new infrastructure on the ground. Cuba is a challenge since it wouldn’t be open to boosting internet services from outside the regime. It’s a proven technology. We authorized this after a hurricane in Puerto Rico in 2017. These balloons went up and helped to boost connectivity on the island when the infrastructure was devastated by the hurricane. I’ve personally been to Kenya and seen this technology in action there. A regular wireless provider brought it in to see if it made sense to boost service in the rural, remote parts of Kenya where they didn’t have terrestrial infrastructure and this same operation provided services in Peru after some natural disasters there. So, it’s a technology that works and the advantage of satellite service is that you don’t need receivers or dishes on the ground. It can go straight from international air space to a smartphone and back.

There’ll be some logistical challenges. I think the key is technically this works, but do we have the political will? If the Biden administration gives the green light, I think the private sector can move mountains to get this stood up. I think while the technology should be provided by the private sector, it should be the government that actually does the service here, given that it will be deemed a violation of Cuba law, potentially be deemed a violation of international law. I think that’s a responsibility, a liability, the government should take on, not a private entity.

TPA: What would you say to critics who might argue that focus on Cuba detracts from efforts in the U.S. to close the digital divide?

CARR: It’s an odd argument because we’re talking apples and oranges. We have hundreds of billions of dollars that Congress has allocated or that have been voted on at the FCC, for instance, to close the digital divide. The FCC has billions. The Department of Treasury has billions. Commerce has billions. The Department of Agriculture has billions. States have billions through various COVID pandemic packages that they can use for a range of things, including closing the digital divide. So, the funding is there already to close the digital divide many times over. We have to get the policies in place and get that money out the door, but that is an entirely separate track from the funding of the entities of the public and private sector that will be involved in this Cuba endeavor. So doing this in Cuba would not take a penny away from the effort to close the digital divide here. We aren’t where we need to be in this country in terms of connectivity and we need to keep the hammer down, but this effort does not in any way slow down or detract from the work that’s going on to do that.

TPA: Biden is pushing fiber over technologies in his recent executive order. Can some of the work being done in Cuba be a proof of concept in some way for other innovative technologies to close the digital divide?

CARR: The connectivity we’re talking about here with the high-altitude balloons is not something that you would drop your Verizon or AT&T 4G service for. They had trouble, Google did, with the commercial application of this in terms of competing when there are other technologies in the market. What we’re really talking about here is a strategic move to provide some level of connectivity to get messages in or out. We’re not talking 100 percent coverage of the island for 100 percent of people 100 percent of the time where you can stream Netflix. We’re talking about how do we get times and places and locations where people can get their pictures and videos out so the world can see what’s going on. It’s much more of a temporary emergency measure.

The Biden plan on infrastructure so far has leaned very heavily on one technology solution, that technology being fiber and that’s a mistake. We need to make sure we have a lot of different tools in the toolkit when it comes to bridging the digital divide. For instance, I was recently in north Idaho with a fixed wireless provider with a new tower in a remote area. I think it covered about 5,000 premises and it took them a matter of weeks to do that and you’re getting high-speed service now to this community. If you only had a preference for fiber you’re talking potentially 10 times the cost and you’re talking maybe five to 10 years to fiber-up all 5,000 of those locations. So, when you think about the different technologies that we have, yes, fiber has its advantages and you want the lion’s share of networks in this country to be fiber, but we have to leave room for fixed wireless or 5G mobile services because they can get it done faster and more efficiently in certain circumstances than what fiber can do.