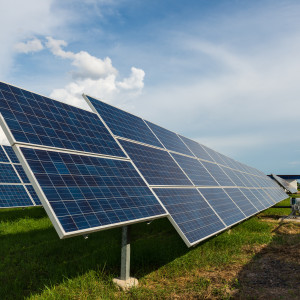 According to a September 19 study by the U.S. Energy Information Administration, one in five American households goes without food or medicine at least once a year to stay warm in the winter or cool in the summer. Seven million households face this decision nearly every month.

The elephant in the room is high-priced renewable power.

America’s energy-production revolution has cut the cost of natural gas by more than 50 percent since 2009. Natural gas is now the largest source of American electricity, accounting for 35% of generation. Plummeting natural gas prices and new natural gas power plants have put tremendous downward pricing pressure on coal and nuclear facilities, which have slashed their prices due to market forces.

Yet, despite large federal and state subsidies, renewable power, not including long-established hydro-power, today accounts for just 10 percent of America’s electricity generation. In many places, wind and solar simply cannot survive without vast direct and indirect subsidies paid for by energy consumers and taxpayers.

Those subsidies include the following:

State Purchasing Mandates. One way to increase wind and solar production, and bypass market forces, is to specify fuel sources by law. Large states like California, New Jersey and Massachusetts have specified dramatic increases in renewable power by 2030.

Hamstrung Regulators. America’s public utility commissions have a long and proud history of being insulated from political pressures so that they can adopt sensible policies to promote affordable and reliable electricity. But when politicians prescribe fuel types and start to micro-manage energy production decisions, absurdly expensive things happen.

A case in point is the November 2 decision by the Virginia State Corporation Commission to reluctantly approve offshore wind facilities. The Commission determined that the cost, at 78 cents per kilowatt hour, is 26 times the market price. It also determined, “Customers bear essentially all of the risk of the proposed Project, including cost overruns and lack of performance.”

The Commission was clear that its hands were tied by statute, explaining “the Commission’s standard analysis of prudency as a purely factual matter must be subordinated in large measure to the public policy established by the General Assembly.”

States like New Jersey, which are considering major offshore wind projects, should be mindful of Virginia’s experience before committing to high-cost projects that are unfriendly to consumers.

Renewable power subsidies and costs could balloon in the years ahead. One central reason is that the transmission grid needs to be overhauled.

For starters, much of the grid is more than 50 years old and electric companies are currently spending $50 billion annually to modernize it. A heavy push to renewables will spike these costs.

It seems the time has come for many renewable power advocates to recognize that non-emitting nuclear power and lower carbon emitting natural gas have important roles to play in America’s energy future.