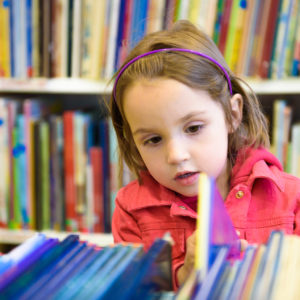 As states nationwide look to review the quality of their education standards, new research demonstrates the economic impact of states adopting high standards. And while agreement between left and right is rare in Washington today, policy experts on both sides of the aisle point to the Common Core State Standards or similar, college- and career-ready standards, as key drivers of higher Gross Domestic Product (GDP), lower unemployment, and reduced state budget deficits.

The latest study on the issue comes from the center-right American Action Forum. Past research has tied educational achievement to economic growth, and the new study by AAF’s Chad Miller, Ben Gitis, and Curtis Arndt connects high educational standards to these benefits. The study used state average scores on the National Assessment of Educational Progress (NAEP), commonly considered the gold standard in testing, and the team analyzed the data to determine the impact over the following decade if scores had been 10 percent higher in 2003.

A separate study from the left-leaning Center for American Progress makes a connection between high standards and NAEP scores during the same time period. “States typically saw a jump in outcomes due to standards-based reform from 2003 to 2013, and states’ standards-based reform effort accounts showed positive outcomes in elementary school math and middle school reading,” reads the analysis from CAP.

The new AAF study finds that had each state raised its achievement level in math by 10 percent in 2003, then national GDP would have been $1.27 trillion higher in the decade following, 12.5 million more jobs would have been created, and states would have collected $94.7 billion in additional taxes.

The report offers the additional perspective that the national economic gains are more than double the $636.2 billion that GDP shrank during the recession, and the higher employment would have fully offset the 8.7 million jobs lost across the country. “Instead of going through that massive downturn, we would have definitely mitigated it and perhaps even grown,” explained AAF’s Ben Gitis in an interview.

The AAF study points to evidence from the conservative Fordham Institute that states could have made the educational achievement gains and received the resulting economic windfall through adoption of high education standards. A 2010 comparison between Common Core standards and the standards previously adopted by states found most state’s standards were “clearly inferior” to the new, higher standards.

“Maintaining high standards is absolutely critical for all of these states. You have recognition by state legislators across the country that is really important to them, and that’s why you have these states that are still implementing the Common Core,” explains CAP’s Scott Sargrad. “There is pretty broad agreement that the Common Core is a really strong foundation for any high standards if the state wants to maintain competitiveness, recruit employers, and do all the things they need to do for the economy.”