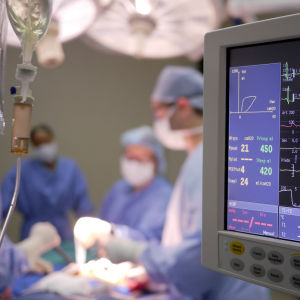 Among the most cost-effective, high-performing hospitals in the world are the 20 or so owned by India’s Narayana Health. Narayana, a for-profit institution, is also virtually unrivaled in humanitarian accomplishment. The chain’s visionary CEO, Dr. Devi Shetty, was Mother Teresa’s physician for five years, and she pleaded with him to bring lifesaving care within reach of India’s poorest.

In America, heart-bypass surgery costs more than $100,000. At Narayana’s hospitals in India, the cost is in the $1,000 to $2,000 range. Narayana’s first Western Hemisphere facility, Health City Cayman Islands (HCCI), charges around $32,000. HCCI, a 90-minute flight from Miami, is jointly operated with Ascension, the largest American non-profit system and the world’s largest Catholic system.

In 2016, a Guatemalan child, Kael Jimenez Souza, lay near death with aortic valve stenosis. U.S. hospitals offered treatment for upward of $400,000. HCCI offered treatment for around 10 percent of that amount. Baby Kael was airlifted to HCCI, with successful surgery performed within a day.

Despite low costs, Narayana hospitals generally have low rates of mortality, hospital-acquired infection and readmissions — comparable to or better than their North American or Western European peers. Quality is accredited by Joint Commission International, the same organization that accredits most U.S. hospitals. In addition to cardiac surgery, HCCI also provides care in other realms, including orthopedics, pulmonology, oncology, bariatrics and neurosurgery.

For Americans, the HCCI experience is radically different from that at U.S. hospitals. The patient receives one bill with one price, known in advance, covering hospital stay (room and board), physician fees (including pre-visit consultations), anesthesia and medication. HCCI even books patients’ airline flights.

How does Narayana provide such high quality at such low costs? Differential labor and equipment costs don’t explain it. The fundamental difference is that Narayana employs state-of-the-art business practices — unlike the bureaucratic hospital management in North America and Western Europe.

In the United States, item-by-item billing requires an enormous infrastructure to manage Current Procedural Terminology codes that make prices impenetrable to patients and providers. The prime culprit is Medicare’s Soviet-style pricing and private insurers’ adherence to that design in non-Medicare policies. With single-line billing, Narayana hospitals require no such infrastructure.

In cardiac surgery at HCCI, senior surgeons don’t enter the operating room until others have prepped the patient and junior surgeons have opened the chest cavity. The senior surgeon thus focuses only on the most sensitive tasks and has time to do far more procedures than their American or European counterparts.

According to HCCI, the average American cardiac surgeon performs 2,500 procedures over a career. Shetty’s surgeons average closer to 20,000 procedures per surgeon, meaning they are especially familiar with surgical contingencies. Narayana also invests heavily in technology, including remote telemetry and telemedicine to provide more decentralized care for patients.

The case of Narayana and specifically HCCI should raise questions for Americans interested in health care policy. Among them: Why does prejudice against “medicine as a business” linger among reformers when a for-profit institution like Narayana demonstrably does more to cut costs and help the poor than virtually any other institution on earth? Why must a hospital like HCCI be, as Dr. Shetty said, parked outside of U.S. territorial waters? Why won’t Medicare or many private insurers pay for care at an institution like HCCI with better care at lower cost than many U.S. institutions? Given an example like Narayana, why look so much to Canada or Western Europe for ideas?