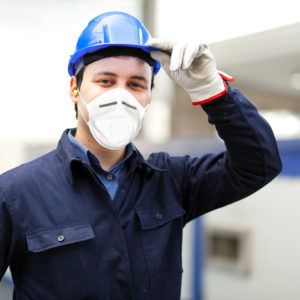 New data on hospitalizations and death rates show that the coronavirus is overwhelmingly a threat to older Americans, particularly those in long-term care facilities and nursing homes, while fatalities among Americans under 65 remain relatively rare.

And this disparity in the virus’ impact presents an opportunity, some public health officials say, to more quickly and safely reopen the economy.

The nursing home statistics are stark.

In New Hampshire, newly released data show nursing home deaths represent three out of four of all COVID-19 fatalities. In Rhode Island, that number is 71 percent. In Ohio, it’s close to 75 percent. And between April 22 and April 29, nearly 88 percent of Connecticut’s deaths were nursing home patients.

In New York, the nursing home issue has become a political problem for Gov. Andrew Cuomo due to his administration’s policy of forcing facilities to admit COVID-19 positive patients.

As a result, part of President Trump’s Opening Up America Again effort includes the formation of an independent commission that will conduct a comprehensive assessment of the nursing home response to the coronavirus pandemic.

“Safeguarding the health, and promoting the wellbeing and quality of life, of the most vulnerable and fragile citizens is a top priority for CMS,” said Centers for Medicare & Medicaid Services Administrator Seema Verma.

The disparate impact of COVID-19 extends beyond the nursing home community as well.

According to the Centers for Disease Control and Prevention, there have been more deaths among those 85 and older — just 2 percent of the population — than among the entire 65 and younger population. The CDC also notes that those over the age of 65 are 22 times more likely to die of COVID-19 than those under 55.

And hospitalization rates for those over 65 are more than 600 percent higher than among people 18-49 years old.

This divide is disturbing, but it also presents an opportunity for businesses and employees desperate to return to work, some public health experts say.

“We know that the risk factors for severe illness due to the [COVID-19] infection are disproportionately found in the elderly — particularly in the elderly with chronic cardiovascular disease… and people who live in nursing homes seem to be at high risk,” said Avik Roy, president of the Foundation for Research on Equal Opportunity.

“We should be reviewing the evidence constantly — the accumulating evidence — and identify those populations that are relatively at lower versus higher risk. Because [where] populations are of lower risk we should be more flexible about letting [states] reopen or partially reopen the economy,” Roy told InsideSources.

Roy’s organization has released a proposal, “A New Strategy for Bringing People Back to Work During Covid-19,” for reopening the nation’s economy that factors in the age differential in COVID-19’s impact. And economists at Britain’s University of Warwick recently released a research paper suggesting that adults 30 and younger be allowed to return to work before the rest of the workforce.

America’s largest nonprofit dedicated to advocacy for senior citizens, the AARP, acknowledges that older adults are far more likely than younger, healthier people to experience severe symptoms from the illness caused by the coronavirus. They are recommending that older, at-risk adults stay home — at least in the early days.

“States should have more confidence that they can reopen provided that they are adequately monitoring and caring for their nursing home populations,” Roy said. He calls “how much of the morbidity, mortality and hospitalizations and deaths that have been occurring because of this virus are happening in nursing homes,” an under-reported story.

“If the states get a better handle on managing those risks and protecting their nursing home residents, they can have more confidence in opening the economy.”