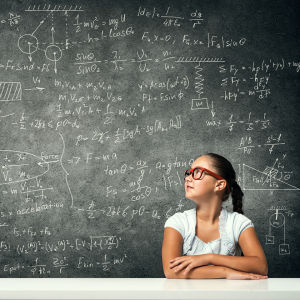 Posted to Politics September 22, 2016 by Scott Sargrad and Coleton Whitaker

Five years ago, Kentucky became the first state in the country to start implementing the Common Core State Standards in classrooms and measuring whether students are reaching those standards. While Kentucky has not yet released its most recent test scores, more than half of the states across the country have done so. What the scores tell us is clear: states have raised expectations and have put in place better tests, and students are showing real progress.

What’s more, the changes that states have made to improve their testing practices and to reduce pressure typically stemming from these tests have slowed down the movement to opt out of testing.

Since the 2015-2016 school year marked the second year of new tests aligned with the Common Core, policymakers and advocates can finally start to compare test scores over time and see how student achievement has changed under the standards. As it turns out, achievement is up in nearly every state that has released scores.

In fact, in 27 of the 28 states that have released scores from this spring and where the data are comparable to last year, student performance is up — and some of the biggest increases are for third-grade students, who have learned to higher standards for their whole time in school.

Or South Dakota, where students in every grade but 11th improved in both English language arts and math by between 2 and 7 percentage points.

Of course, critics of the Common Core will continue to push states to get rid of the standards. But their push has less and less credibility as scores go up and students see more and more success. And it’s probably not a coincidence that the one state so far where scores have gone down — Indiana — is a state that dropped Common Core and has since changed its standards and tests multiple times.

It’s time for these critics to accept that under the standards, students are making progress.

To be sure, these results aren’t a slam dunk, and no one who supports higher standards and better tests should declare victory. One year of increases isn’t yet a trend, and it’s too early to say whether these gains will continue. What’s more, achievement across the country is still far too low, especially for students of color, low-income students, students with disabilities and English language learners.

Over the next year and beyond, states and districts need to make sure that teachers have the support and resources they need to help students continue to make progress and meet these higher standards.

But there’s no denying that this progress is real. And it’s a testament to the hard work of educators, parents, and state and local leaders who have continued to push forward and make adjustments where needed. Most of all, it’s a testament to our students, who are showing once again that they will rise to meet whatever expectations we set for them. That’s why we need to make sure that the expectation for every child is to graduate from high school ready for college and a career.

Scott Sargrad is the managing director for K-12 Education Policy at the Center for American Progress. Coleton Whitaker, education campaign associate at CAP, contributed research for this article.