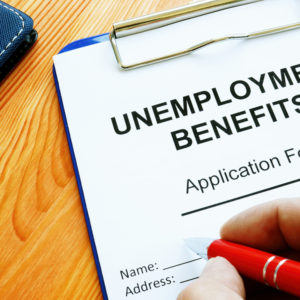 Many in the now Democrat-controlled D.C. look at unemployment numbers and see a problem with an obvious solution—more funding for unemployment programs to meet the demand. Unfortunately, it’s a solution that’s also part of the problem.

When we peel back the curtains on unemployment, it’s no surprise that we see the states with the biggest rise in unemployment from week to week are generally states with the strictest lockdowns. A few of the largest increases in initial weekly unemployment claims come from perpetual shutdown states like Illinois, California, and New York.

Temporary and permanent closures of businesses, restaurants, and more, coupled with a high number of work refusals, are leading more and more Americans to turn to the government for financial support. Seeing this, we certainly should not continue to enable disastrous economic shutdowns by implementing or extending new unemployment boosts that won’t solve our problems. In fact, it will make our problems worse.

In March 2020, as businesses and elected officials were first responding to the COVID pandemic, Congress passed the Coronavirus Aid, Relief, and Economic Security (CARES) Act. The massive omnibus contained many controversial provisions—one being the $600 weekly unemployment insurance boost—which led to the average unemployed individual collecting $50,000 on an annualized basis by staying home. The $600 boost ended up being a major reason some workers refused to return to work.

This became even clearer after the $600 bonus expired at the end of July. Between then and December, the number of people on unemployment fell by 66 percent, meaning more than 10 million people moved off the program.

Apparently paying people more to stay home than they would make at their job meant people wouldn’t want to work: A shocker, for sure.

Round two of this madness came when Congress reinstated the boost at a rate of $300 per week, further perpetuating waste, fraud, and abuse. Round three extended those bonuses through September 2021. And President Joe Biden is already talking about raising this bonus to $400 per week.

The disease on which policymakers should focus their treatment is state lockdowns and the long-term side effects they cause. If they do not—if policymakers think the solution is to increase and add unemployment boosts—they will make the mistake of masking the real problem, a cancer that will kill businesses and the entrepreneurial spirit for good. Our current trajectory is unsustainable, with businesses hanging on by a thread.

Even Democrat politicians began to realize which way the wind is blowing, calling for schools and restaurants to finally reopen after a year of closures. How much of that is prudence and how much of it is realizing their political careers are on the line is for their consciences to decide. However, these politicians were wrong to wait for a federal bailout to meet their budget shortfalls. It was New York, New Jersey, Washington, Michigan, California, and the like’s decisions to excessively lockdown in the time and manner in which they did. It was these states that were marred by fiscal mismanagement before COVID-19 even hit. And it was these states that built and implemented their costly unemployment systems, which are filled with fraud, waste, and abuse.

South Dakota, on the other hand, decided to not close at all, and its unemployment rate is back below pre-COVID-19 levels. Similar stories are found in Iowa and Nebraska. Blue states created their own problems. This puts the responsibility on blue state policymakers—not on the taxpayers of better-run states.

We mustn’t use fiscally sound states to subsidize those that have been poorly run for decades. We know businesses can operate safely. It’s been done successfully in many states like Florida and South Dakota. If states continue to have terrible unemployment policies, at best, it enables the bad decisions of elected officials. At worst, it sets our country up for fiscal disaster. Democrat governors have finally seen the light on lockdowns—it’s time we all did.

Jonathan Ingram is the vice president of policy and research at the Foundation for Government Accountability. He wrote this for InsideSources.com.