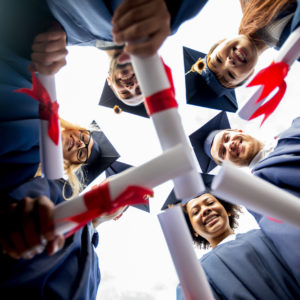 Should government-empowered accreditation organizations that oversee higher education institutions be stricter with low-performing schools, or do they already do too much and raise the cost of education with burdensome requirements? Democrats and Republicans were split at times on the right way forward for higher education accreditation reform during a Thursday hearing in the Capitol’s Rayburn office building.

The vast majority of American colleges and universities are regulated by what experts call a “triad” framework that includes federal regulations, state laws, and accrediting organizations. At the federal level, the comprehensive Higher Education Act serves as the blueprint for how federal higher education aid is doled out and what kinds of regulations schools need to comply with to be eligible. The law is up for reauthorization, and while there are other big-ticket items on Congress’s agenda, some believe that lawmakers may attempt a reform in the coming months.

In his opening statement, the ranking member of the Education and Workforce Committee, Rep. Bobby Scott, D-Va., made the case for putting tougher accreditation requirements on schools. He noted that the federal government issues over $150 billion in new loans and grants each year. All of that money goes to schools that have been approved by accreditors who are authorized by Washington.

“We know that there have been schools that were fully accredited up until the day they closed their doors, leaving students out in the cold and taxpayers holding the bag,” said Scott.

The congressman suggested that tougher oversight of accreditation organizations would lead to better transparency and earlier warnings about colleges and universities that are failing to deliver for students and taxpayers. The way the system works currently, a school is more likely to lose access to federal funds as a result of a direct education department decision, rather than being stripped of accreditation.

Charlotte Law School in North Carolina is a good example. The embattled for-profit institution was barred from participating in federal student aid programs in December when it emerged that school officials were misrepresenting bar passage rates and educational outcomes to incoming students. Despite systemic failures at the school, it remains accredited; the American Bar Association has only placed it on probation.

Some, like Scott, suggest the system is working backwards in these cases. They argue that the whole reason for having accreditors is to insulate the education department in Washington from having to make the difficult decision of stripping aid away from a school. Since Charlotte Law School students were prevented from taking out federal loans to pay for classes, hundreds of students have left and the school has been on the brink of closure.

The chairwoman of the House Education Committee, Virginia Foxx, R-N.C., agreed in her opening statement that accreditors have a serious role to play in ensuring that taxpayer dollars that flow to higher education are put to good use. Unlike her Democratic counterpart, however, Foxx expressed reticence at the prospect of expanding the federal government’s role in how schools operate.

“It has never been and should never be the federal government’s role to judge the quality of a school’s education programs. Entrusting independent accrediting agencies with that responsibility protects academic freedom and student choice,” said Foxx.

The chairwoman argued that federal higher education regulations have gone too far, and in many cases the rules stifle innovation and raise tuition costs. Foxx urged Congress to find a happy medium where accountability for taxpayer dollars is protected, while higher education institutions retain the flexibility to operate without micromanagement from government.

The political debate over higher education regulation is not new, and it is particularly pronounced in the burgeoning for-profit education sector. The Obama administration issued a controversial “gainful employment” rule in 2010 that required accredited schools to show students that earning a degree would help them earn more and pay back their loans. Republicans have argued that the rule unfairly singled out for-profit institutions. The new education secretary, Betsy DeVos, has said she would review the rule to see if it is fulfilling its intended purpose.

One of the committee’s witnesses, Michale McComis, the director of the Accrediting Commission of Career Schools and Colleges, provided the committee a list of reform priorities from an accreditation organization’s perspective. His proposals included giving accreditors more flexibility to group and rate higher education institutions based on their areas of focus, rather than channeling judgments on a school’s quality through a one-size-fits-all approach.

McComis also argued for more flexibility in how credit hours are counted. Alternative educational models, including vocational credentials and online offerings are increasingly moving toward competency-based models. Rather than strict seat-time requirements, McComis suggested that the way students are earning degrees is being re-thought in some schools, and accreditation policy should reflect those changes.

In cases where schools that have been put on probation, or have had their accreditation stripped, McComis suggested that Congress should consider granting accreditation groups indemnification from retaliatory lawsuits. This change would arguably give his organization and others a freer hand to crack-down on schools that take advantage of students and taxpayers.

For now, the Congressional debate over accreditation is mostly academic. GOP leadership has not yet introduced comprehensive higher education reform. If and when they do, however, the battle lines have been drawn over where the party’s priorities are in reforming the accreditation prong of the oversight triad.