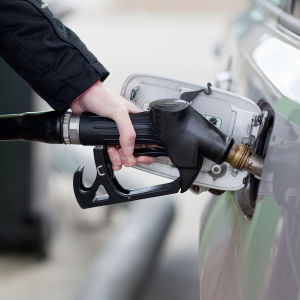 Taxpayers are used to bad ideas coming out of Washington. The nation’s capital is filled to the brim of half-baked, decades-old ideas that continually creep into policy debates.

Last week, taxpayers were reminded of this unfortunate truth when President Trump suggested raising the federal gasoline tax from 18.4 cents to 43 cents a gallon, a 133 percent increase. The bipartisan history of the misguided policy and resilient support means that pundits should think twice before dismissing the proposal as dead on arrival. The proposed increase would make drivers responsible for wasteful projects unrelated to the roads they drive on, putting taxpayers on the line for billions in dubious spending.

As commonly presented by economists and policy analysts, the gas tax doesn’t sound half bad. User fees have proven preferable to broad-based taxes in a number of areas, and it seems common-sense to make service users pay for services rendered. Since the gas tax has remained at 18.4 cents per gallon since 1993, inflation has eroded the real value of the levy, ensuring languishing revenues for the Highway Trust Fund.

Proponents of higher gas taxes claim that the failure to raise taxes has led the Trust Fund repeatedly to fall short of much-needed revenues thus requiring borrowing from the Treasury. This effectively makes non-drivers subsidize the activities of drivers.

This narrative, however convenient, ignores important facts about the state of infrastructure repair. Rather than spending money on the roads that Americans actually use, the majority of Trust Fund revenue finances the construction of new roads that simply are not worth the outlay. Half of these new roads are simply “Bridges to Nowhere,” and won’t attract enough new drivers to make up for construction and maintenance costs.

The new roads that do attract motorists suffer from something known as an “induced demand” problem. Increases in the number of lane-miles don’t relieve congestion overall, with new drivers on the road taking up all of the freed-up road space.

A 2009 study by researchers at the University of Pennsylvania and the University of Toronto found that if a city increases its road capacity by 10 percent, the traffic volume in that city will increase by 10 percent. As a result, the infrastructure funding problem just scales up, as crowded new constructions inevitably add to the backlog of maintenance issues.

In addition to focusing too much on road construction, the Trust Fund has spent billions on non-road endeavors over the last decade. Every year, the federal government doles out $800 million to states specifically for walking and biking. While some states have managed to work the money back in to road construction and maintenance, more than 80 percent goes toward non-road usage.

And unsurprisingly, when metropolitan planning organizations get to spend other people’s money, they aren’t too careful about avoiding unnecessary and duplicative projects. As the MacIver Institute points out, millions of dollars are spent on bike paths adjacent to quiet roads, bike rack programs, and pedestrian walkways in proximity to pre-existing routes. Having road users subsidize these wasteful items erodes the value of the gasoline tax as a user fee, forcing citizens across the country to foot the bill for their wealthier counterparts.

These issues would be greatly exacerbated by the return of earmarks, an idea floated by members of Congress recently. Transportation bills, historically a hotbed of earmark-related waste, could drain the Trust Fund dry if left unchecked. An increase in the gasoline tax would provide an especially large temptation for even the most fiscally conservative members of Congress as they try to secure their own pet projects.

In 2011, then-Rep. Michele Bachmann, R-Minnesota, a tea party favorite and “fiscal conservative,” argued that “advocating for transportation projects for one’s district in my mind does not equate to an earmark.”

Like many programs in Washington, it’s all too easy for a spending problem to be mischaracterized as a revenue problem. In the midst of the Trump administration’s gargantuan $200 billion infrastructure proposal, it’s all too tempting to gauge motorists to “replenish” the Highway Trust Fund. But if the Highway Trust Fund simply lived within its means and devoted revenue to existing road and highway infrastructure, funds would be more than enough to address the current repair backlog.

And, by pursuing permitting and other project reforms, President Trump and Congress can ensure further savings in future endeavors. But hiking the gas tax is a half-baked idea that would fuel wasteful projects at the expense of upkeep and maintenance.