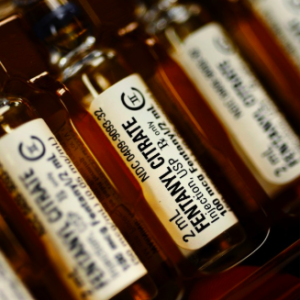 Hit Back at Chinese Opioid Cartels that Scoff at U.S. Law Enforcement

The opioid crisis is taking 47,000 American lives annually, more than guns or car accidents. And yet, despite major federal legislation enacted in October 2018, Chinese drug cartels are boldly sending opioids into the United States at will through the Postal Service.

If we dared to call this a war on drugs, we’d be on the losing side of a blitzkrieg.

“60 Minutes” aired a powerful and disturbing segment about the status quo on April 28. But the evidence and warning signs have been in public view for months.

On April 4, Senator Rob Portman, R-Ohio, and Senator Tom Carper, D-Delaware, sent a strong letter to the postmaster general and Customs and Border Protection commissioner on their “failure to comply” with the Synthetics Trafficking and Overdose Prevention (STOP) Act.

The STOP Act, the heart of the 2018 legislation, simply and very reasonably requires that all incoming mail from China have advanced electronic data (AED) by January 1, 2019.

AED is a well-established technology in place since soon after September 11 to identify key information about a package: where it is from, where it is going, what it contains, etc. The senators noted that in 2019, only 76 percent of incoming packages from China have AED information.

Furthermore, watchdog reports have raised alarms about the inspection process. The Postal Service’s Office of Inspector General found “there is currently no process in place to automatically locate and redirect suspected packages in the mail stream for inspection.”

The Department of Homeland Security’s Office of Inspector General found that at JFK International Airport inspections were made of only “a limited number of the hundreds of thousands of pieces of incoming mail” each day.

Three steps must be promptly taken to curtail opioids in the mail.

—Refuse to deliver mail from China without AED. The most direct and immediate action that can be taken is for the Postal Service to follow the law and refuse to deliver mail and small packages from China that do not have AED. The Postal Service may object that it is bound to make such deliveries because of international mail treaties with the Universal Postal Union. Such a response is never acceptable, as U.S. law should always take precedence.

Furthermore, the administration is already in protracted negotiations with the Universal Postal Union, the organization that sets international mail standards and rates, because of customs concerns, the opioid epidemic and bizarre pricing that greatly subsidizes Chinese small packages (4.4 pounds or less) sent to the United States.

—Substantially increase law enforcement’s budgets. In its Fiscal Year 2020 budget justification, the Postal Service’s Office of Inspector General says, it opened 243 narcotics cases in 2018, up 120 percent from 2014. The inspector general also warns, “We are seeing a significant increase in the number of postal employees willing to facilitate the trafficking of opioids.”

Congress should determine what it will cost to have at least 500 narcotics cases launched in the year ahead — and fund it. In fact, it is the Postal Service that directly funds the inspector general’s office from postal revenues, based on the amount Congress determines. Budgets should also be strengthened for the Department of Homeland Security and FBI, which has been targeting opioid sales on the web.

—Make opioid crackdowns part of any trade deal. Nearly all opioids are manufactured in China. And unlike the United States, China does not have an opioid epidemic or anything close. The United States has been pushing China to crack down on opioids in trade discussions and should demand full, all-out enforcement and closure of illegal opioid facilities as a condition of any trade deal.

As Assistant U.S. Attorney Matt Cronin told “60 Minutes,” “If the People’s Republic of China wanted to shut down the synthetic opioid industry, they could do so in a day.”

It is time to unleash America’s law enforcement against opioids. Combining the Postal Service’s vast information about U.S. addresses (i.e., those places most likely to receive drugs) with the data analytics of national law enforcement is a powerful combination.

We owe it to the families of all who have suffered from opioids to fix this mess and relentlessly go after Chinese drug cartels.

Continued failure is not an option.