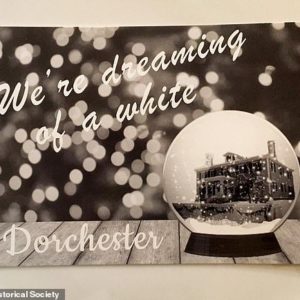 This holiday season, the folks at the Dorchester Historical Society in Boston, MA thought they had all the “problematic” bases covered

Instead of a Christmas party, the decided to host a December “Holiday” party. Their invitation avoided any references to the ‘holiday’s’ Christian roots: No creche, no star, no trees (they have a troubled history in Boston), not even a hint of red and green.  Just an image of the society’s iconic building in a snow globe, with the line:

“We’re Dreaming of a White…Dorchester.”

They dropped the “C” word in the cause of peace—and political correctness—on Earth.

Instead it blew up in their faces.

Dorchester is an ethnically-diverse community with a large African-American population (about 40 percent), and some people reacted in anger at what they claim is a racially-tinged message of exclusion in the phrase “white Dorchester.” 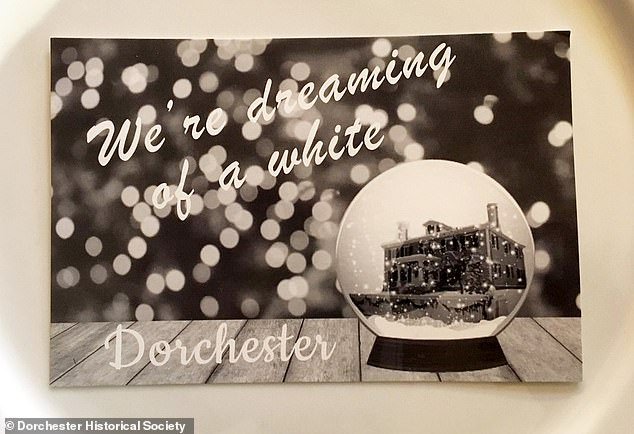 Bill Forry, editor and publisher of the left-leaning Dorchester Reporter, said the invite was “poorly-conceived, easily misinterpreted, and never should have been created or sent out.”

“Language matters, words matter and it was a poor choice of words,” Lauren Sampson of Lawyers for Civil Rights Boston told the Boston Herald.  “Even if it wasn’t intentional, it can be disheartening to people that live in that community.”

“Today in Ignorant White People News,” tweeted law professor Jenna Wims Hashway. “Honest to God, was there no one at the Dorchester Historical Society with an inkling of how that would sound? What hope is there if we are so blind to another’s lived experience?”

Even Boston’s Mayor, Marty Walsh, waded into the fray, calling the card a “mistake,” though he defended the Historical Society as “good people.

“They certainly didn’t mean anything vicious or racist about it,” Walsh said.

The Dorchester Historical Society responded, not by pointing out that the card was clearly a wish for a snowy holiday and utterly unrelated to race, but rather with an abject apology:

“To say this is horrifying is an understatement,” the organization said.

“We are very truly sorry about our graphic used for this event. This was an unfortunate oversight on our part…We were simply changing the words to the classic Christmas carol and did not think it through properly,” they tweeted.

Interestingly, no public officials or supporters of the DHS—which is well regarded in the community—stepped forward to defend them from charges of racial insensitivity, or to point out that fact that the only meaning of the word “white” in this context is a reference to snow.

After all, if calling for a “white Dorchester” in winter is a racial dog whistle, why isn’t the dream of a “White Christmas” also a call for a racially-segregated Christian holiday? And how do these sensitive souls spend the Friday after Thanksgiving?

People claiming to be offended by the Dorchester card insisted that questioning the legitimacy of their outrage was just as offensive. When a Boston TV reporter pointed out that the card didn’t contain any explicitly racist images “like Klansmen in white hoods,” local social-justice activist Norah Dooley responded :

“Could you have set the bar any lower? ‘…Not like there are Clansmen in white hoods…’  Just because there are no murderous ‘old-school racists’ in the picture, doesn’t make it insignificant. Things that hurt are hurtful regardless of intent.”

The Historical Society has since re-posted the image with a new lyric from the “White Christmas” song: “May your Dorchester days be merry and bright.”

After their attempts at pre-emptive appeasement of the politically correct, perhaps they should have used a line attributed to 20th Century journalist Clare Boothe Luce: