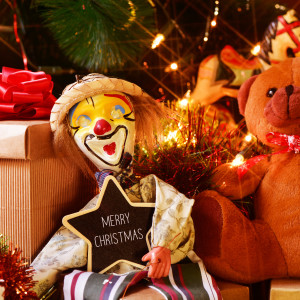 If you believe the U.S. Public Interest Group (USPIRG), the “Slinky Jr.” or “Fun Bubbles Jump Rope” that Santa might bring to your children should send shivers down your spine. These items are among the “toxic” toys listed in the group’s annual “Trouble in Toyland” report. But don’t fret, because the only thing that’s really troubling is USPIRG’s alarmism.

It is true that toys can be dangerous when used improperly or designed poorly. This year, for example, there have been reports of “hoverboards” (a type of mechanical skateboard) bursting into flames. Apparently, hoverboard problems are related to defective, cheap lithium-ion batteries, so consumers should look for quality branded batteries.

But USPIRG did not discover the problem with hoverboards. Instead, the group deems items as dangerous simply because the toys pose “hazards,” but hazard is not the same as risk. For example, showers present slipping hazards and eating poses choking hazards, yet most people manage those risks daily. Likewise, we can manage hazards related to toys to keep risks low.

Among the items listed as most “dangerous” in USPIRG’s report are balloons. USPIRG flags a few bags it found at Party City because it notes: “Balloons are dangerous for children under 8, but this package is labeled for 3+.” But if you look at the pictures in the USPIRG report, the labels clearly state, as required by federal law, that parents should supervise children when playing with balloons if a child is “under 8 years old,” and that the balloons are not suitable for children under 3.

USPIRG also says some toys pose choking hazards because the group “discovered” that these products are “slightly larger than or equal to” the sizes allowed by law. In other words, these toys have “passed size regulations designed to prevent choking hazards,” yet the group lists them as “dangerous” anyway.

Parents may find claims about “toxic chemicals” in toys to be the most disconcerting, because the group vastly misrepresents the risks. Its report has a whole section on the dangers of lead in toys, yet it did not find a single toy that exceeded the federal government’s stringent safety standards for lead in toys.

USPIRG also dubs several products as dangerous because they contain trace amounts of the metal chromium. The group does note that “the high content of chromium in the products we found doesn’t necessarily mean that they violate the law,” but then sounds the alarm about allegedly high chromium in a slinky and another toy.

Chromium comes in several forms, one of which is “an essential nutrient.” Notably, USPIRG does not report which form of chromium it found.

Chromium-6 may increase lung cancer among workers exposed to relatively “high levels via inhalation of airborne particles.” Rats exposed to very high amounts have formed tumors, but such exposures are not relevant to the trace exposures consumers experience by touching or even mouthing toys containing the metal.

USPIRG provides no hard evidence that anyone has ever suffered ill effects from touching or even mouthing consumer products containing traces of chromium, probably because there isn’t any.

According to USPIRG, phthalates, a group of chemicals used to make plastics soft and pliable, are also a problem because they are “endocrine disrupters” that “may harm development of the male reproductive system, and is linked to early puberty.”

In reality, phthalates are what researchers call “weakly estrogenic” — too weak to produce any measurable impacts in humans exposed to trace amounts from consumer products. Soy and many legumes contain similar endocrine mimicking substances, and these naturally forming chemicals are “tens of thousands of times” more potent than phthalates. Yet humans, and even babies, safely consume them as part of a healthy diet.

No one denies that toys can present risks. But parents can manage such risks by employing plain old common sense, which should include dismissing the alarmism peddled by groups like USPIRG.