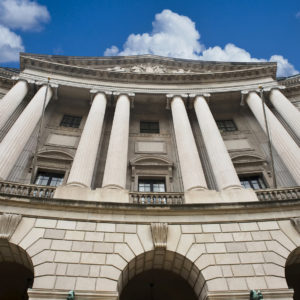 A Hollow Defense of Regulatory Science

EPA’s proposal to increase transparency in the research used in formulating regulations has run into a tidal wave of criticism, most of which has been ill-informed.

The New York Times, for example, claims that requiring scientific studies used for regulation to be publicly available will “sharply limit the number of studies” because “much research relies on confidential health data.” It specifically mentioned studies linking air pollution to premature deaths and exposure measurements.

The resistance to the EPA proposal is evidenced by a letter signed by more than 900 scientists claiming that the agency can “only adequately … keep us safe if it takes full advantage of the wealth of scientific research that is available to the agency.” The letter’s signatories make the absurd claim that reproducibility and transparency are phony issues that facilitate political interference in science-based decision making.

The New York Times, environmental advocacy organizations and the signers of the letter equate quantity with quality and imply that prior to the current administrator, EPA was transparent and scientifically rigorous in its use of science. Those views have been strongly rebutted by an abundance of facts proving the contrary.

The Obama administration EPA was notorious for exaggerating regulatory benefits and understating costs. Take for example the reference by the New York Times to air pollution and premature deaths. In the Clean Power Plan, EPA relying on epidemiology studies claimed that the rule would prevent 3,600 premature deaths. According to the CDC, there are 350,000 premature deaths annually from respiratory causes. The figure 3,600 represents 1 percent. There are no credible scientific techniques that can measure epidemiological results that precisely.

Several years ago, a former EPA scientist wrote an article, “Confessions of a Computer Modeler,” in which he acknowledged redoing research over and over until he produced the results that officials in charge wanted. He went on to say, “My work for the EPA wasn’t that of a scientist, at least in the popular imagination of what a scientist does. It was more like that of a lawyer. … My job was to build the best case for my client’s position.”

Scientists defend their work by asserting that it was “peer reviewed.” But what does that mean? There are several levels of peer review ranging from a paper being reviewed by other scientists chosen by a third party to having the work independently reproduced. Unless a reviewer can review the underlying assumptions, the methodology used, the data base and duplicate the research findings as part of the review process, claiming peer review does not necessarily provide the validation implied.

In April, the president of the National Association of Scholars and a colleague published an article in the Wall Street Journal, “How Bad is Government Science,” that began by stating that “half of the results in peer reviewed journals are probably wrong.” The authors then provided the basis for their conclusion and recommendations for improving research quality.

A 2017 Commission on Evidence Based Policy Making recommended increased access to data while protecting individual privacy. The EPA proposal is consistent with the commission’s recommendations. The criticisms leveled by advocates and the scientists who wrote the letter of protest appear to be based on politics and self-interest rather than a careful reading of the proposal.

Another reason for being suspicious of the motivations of the proposal’s critics is that in addition to being consistent with the commission’s conclusions, it is consistent with the intent of the 2001 Data Quality Act that directed the Office of Management and Budget to issue guidelines that “provide policy and procedural guidance to Federal agencies for ensuring and maximizing the quality, objectivity, utility and integrity of information (including statistical information) disseminated by Federal agencies.”

The entrenched bureaucracy slow walked the implementation of the Data Quality Act. The EPA proposal reverses that.