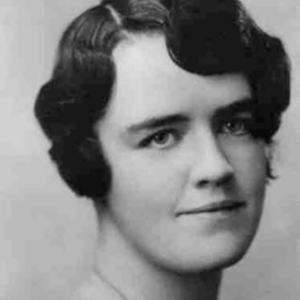 The XXXII Olympiad (better known as the Tokyo 2020 Summer Olympic Games) is in full swing.

There are 613 athletes on Team USA this year – 284 men and 329 women. Which makes this the perfect time to revisit the highly unusual games where women competed for the very first time … and where the first American woman ever won the gold. Even if she didn’t know it at the time.

Here’s how it happened.

Back in 1894, a French aristocrat named Baron Pierre de Coubertin thought resurrecting the ancient Olympic Games as a competition among the world’s best athletes was a great idea. Athens, Greece, was the natural choice for the first modern Olympiad. Since he ran the International Olympic Committee, the Baron made sure Paris hosted the next games in 1900.

Right off the bat, they were bungled. A world’s fair was being held in Paris that year, and it was decided the Olympics should piggyback on it. The fair’s organizers demanded they run the games, too, so the Baron handed over control. Bad move. As a result, competition was strung out over the fair’s five-month run.

Fair honchos also thought presenting medals to the winners was ho-hum. So, they gave victorious athletes something else instead – paintings! Image watching on TV and instead of seeing medals being placed around Olympians’ necks, they’re handed oils on canvas. Not quite the same, is it?

And there was a certain looseness with the organization of the competitions themselves. The whole thing felt more like a high school track meet than an international event.

Still, there were some advancements that year. Women were allowed to compete for the first time, though they were restricted to sports deemed “ladylike” such as tennis, yacht sailing, cricket, equestrian, and golf. (Yes, you read right … cricket was once an Olympic competition. But it didn’t last long. When the next Olympics rolled around in St. Louis in 1904, cricket was scrubbed at the last minute due to lack of facilities. It never returned.)

Anyway, of the 997 competitors gathered in Paris in 1900, 22 were women. When Britain’s Charlotte Cooper won women’s singles tennis, she became the first female Olympic gold medalist.

Team USA wasn’t far behind, thanks to a golfer named Margaret Abbott. Hers was an unlikely path to Olympic glory.

She had picked up the sport at the Chicago Golf Club. Though she hadn’t played in any tournaments up to that point, she won lots of local events.

As the 19th century gave way to the 20th, Margaret was in Paris (chaperoned by her mother), where she studied art—with Rodin and Degas as teachers.

It seems she entered the Olympics almost on a whim. Her mom decided to enter as well, making them the Olympics’ first mother-daughter contestants.

When the big day arrived, 10 competitors played a nine-hole round. Some apparently misunderstood the nature of golf; Margaret later said a few women showed up wearing high heels and tight skirts.

Margaret won with a score of 47 (her mom finished eighth, by the way), making her the Olympics’ second female and America’s first woman gold medalist.

Except, she wasn’t. As mentioned earlier, gold medals weren’t given at the 1900 games. In fact, the competition was so haphazard, modern researchers didn’t uncover the milestone until decades later.

Margaret Abbott died in 1955 without even realizing she was was, in fact, a gold medalist!

As for the rest of the 1900 Paris Games, there was the usual excitement. Americans dominated track and field, capturing 13 of 21 podium positions. A combined Swedish-Danish team beat France in the final for Tug of War (another sport that soon went by the wayside). And spectators were fascinated to watch 13 new events -including motorcycle racing, ballooning and croquet- none of which were ever held again.

But one change did take hold. Women would be a permanent part of the Olympic tradition.